Google is working on a phone with real-time language translation software that’s called the Babel Fish mobile. If the goal is successful, it would allow users of two different languages to communicate with each other in real-time without much of any delays in translation.

Though the appeal may be limited in normal day-to-day use for average consumers, it could be a valuable feature for those who enjoy international travel and may not speak the native tongue. Additionally, given the fact that Google’s branded Nexus products are sold unlocked without any carrier contracts, Nexus Android smartphone owners could just pop in a local SIM card when they’re traveling and have access to Google’s translation services. 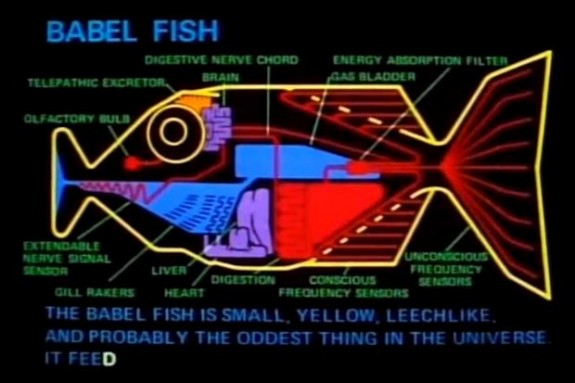 Most recently, Samsung had experimented with a translation service in its latest Galaxy S4 flagship called S Translate, that allows for spoken translation as well as text-based translation with text captured with the rear-facing camera.

This isn’t the first time that we’ve heard of the Babel Fish name pop up when it comes to Google. In the past the codename was rumored to be for Google’s unified messaging platform with notifications for various services, like Google Talk, Google Hangouts, Google+, Gmail, and Google Voice, for example.

According to the UK’s The Times, the Babel Fish mobile is already in the prototyping phase.

Beyond consumers and travelers, the device may help to increase Android’s appeal with the military. In the U.S. where different government agencies are already moving away from the trusted BlackBerry ecosystem and are beginning to experiment with iOS and Android devices, Babel Fish mobile could become a useful tool for the Department of Defense where our deployed military may need to learn the local language to communicate. It could also help Android edge out Apple in contracts with government adoption.