Areas like this are where research into sensors should be devoted. Today Google announced its Smart Contact Lens project to help combat diabetes. Diabetes is a disease that 1 in 19 people in the world will suffer from. I myself am what is known as pre-diabetic, and it is only a matter of time before I will need to remove the prefix from that due to my family history. Diabetes is one of those illnesses that brings with it host of possible complications including heart disease, kidney disease, and blindness. It’s not just about measuring your blood sugar levels. 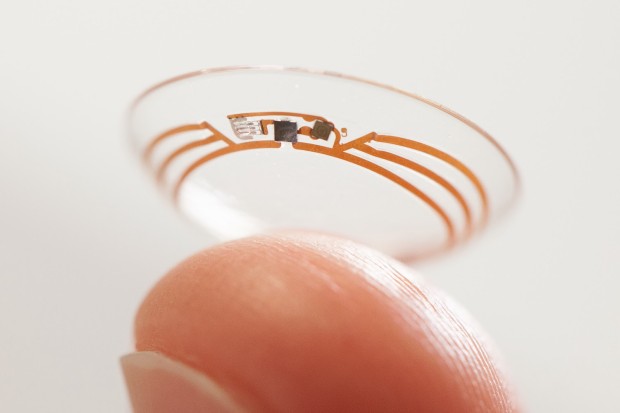 Google’s project (which isn’t a first by the way-more on that in a moment) uses a tiny glucose sensor and tiny wireless chip that is placed in a contact lens, outside the periphery of your vision, that could potentially measure a wearer’s blood sugar level. The sensors are capable of taking a reading about once per second and contain an antenna no wider than a human hair. The idea is to create a method of monitoring blood sugar levels that don’t require finger pricking or the larger monitoring devices that many diabetics have to use easy day. The project is also testing the use of tiny LEDs that would light up to issue a warning when glucose levels become too high or too low.

I mentioned that this isn’t a new idea. Microsoft Research and the University Washington floated a similar idea in 2011 that didn’t come to fruition. Babak Parviz who worked at the University of Washington on that project, also demonstrated the idea of using monitoring of the eyes for glucose, cholesterol, sodium and potassium levels, to Wired magazine in 2009. Parviz is now working for Google who has obviously carried this idea forward with him.

Regardless of its origins or path, this is the kind of research I for one, and not just because I come from a family with a history of diabetes, would love to see these companies work on when it comes to the use of sensors and the Internet of Things. Let’s put those talents, intelligence, and resources to work on solving issues like these rather than trying to create new gadgets for needs we don’t have.