Got a LiveScribe Pulse Pen? There's an App Store for That 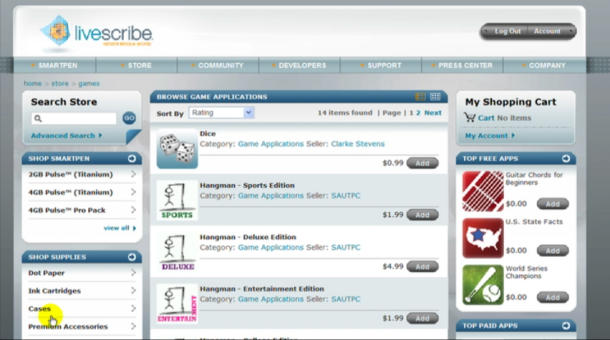 It has taken awhile but the good folks behind the LiveScribe Pulse Pen have finally rolled out a beta of their App Store. What’s that you say? An App Store for a pen? Yep. Remember, the LiveScribe Pulse Pen is quite a device even without an App Store. You can take notes that can be synced back to your computer, translate those notes, play music, record a meeting or lecture and have that audio synced to your written notes. I called it my favorite gadget of CES 2009.

So, what’s left to add? Games, a Spanish English dictionary, an app to help one study for their BarÂ  or Bat Mitzvah, and I’m sure there will be more.

Kudos to the folks at LiveScribe. The pen is already a great tool. If developers get behind this, it could become even more of an exciting device.