Got WiMAX? Get a day pass to use it in the U.S. or Japan! 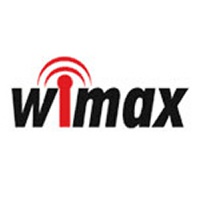 I Clearwire, the major WiMAX service provider in the U.S., today announced a partnership with Japan provider UQ Communications that allows roaming between the two networks. Great news for all you folks roaming between U.S. and Japan.

Per the press release:

CLEAR subscribers traveling to Japan can get a UQ WiMAX day pass for 600 JPY (approximately USD$6-7). UQ provides UQ WiMAX wireless internet service to more than 90 percent of the population in 15 of Japan’s largest cities, including Tokyo, Osaka, and Nagoya.

Interestingly, the press release only cites notebooks and netbooks equipped with WiMAX, not modems and mobile hotspots, such as the CLEAR Spot. I suspect this is an intentional omission that likely means the day pass requires a log-in, as you would do on a secure Wi-Fi network. Puts another limit on this deal’s usefulness, as if roaming between the U.S. and Japan wasn’t limiting enough.