Minimal, the maker of the TikTok, the first wristwatch for the iPod nano, is back with a new Kickstarter campaign for a rugged iPhone case.

The TAKTIK is Minimal’s answer to cases from manufacturers like Otterbox and Lifeproof. It’s an aluminum case that meets military spec for protection against dust, sand, water, shock, and drops. The best part is that it manages to offer protection while looking nice, or at least interesting.

While the TAKTIK is an aluminum case, it doesn’t interfere that much with the antenna of the phone. That’s because the antennas on the side of the iPhone 4/4S are actually covered in silicon. The aluminum front and back are then screwed into place, effectively sandwiching the iPhone between them.

To protect the iPhone even further than the aluminum and silicon, Minimal offers a model with a Gorilla Glass screen protector. The iPhone’s screen will still work through the Gorilla Glass, it just adds another layer of protection to the fragile phone.

Thankfully, the Minimal team understands that not every iPhone user wants to invest in a new case with the iPhone 5 coming soon. Many users will want to ditch their current iPhones for the next version, which will likely render the case useless to them. To combat this, the team offers a $250 backer tier for users who want who want the iPhone 4/4S case now, and the iPhone 5 case later.

The iPhone 5 case won’t ship until December, assuming the phone comes out in the fall. 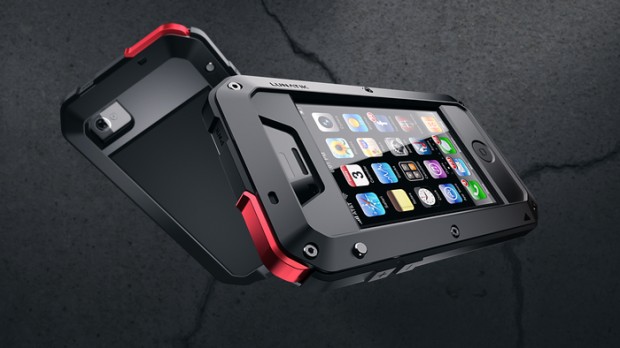