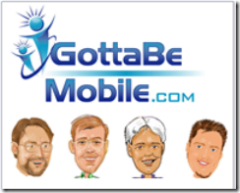 Well, we are already pretty tired, but as you can tell from the posts so far, we have not had a lot to talk to you guys about yet.  Part of that is NDA restrictions, part of it has been just a lack of time to get things posted!  These first two days have been mostly taking advantage of being with Microsoft for updates, networking, and various MVP social events and meetings.  Lots of shuttle and taxi rides, as well as lost cell phone recovered.  It’s been a whirlwind of miscellaneous activities.  As always, having time to spend with people like James Kendrick, Trevor Claiborne, Fritz Switzer, etc., plus all the Microsoft people is always a highlight.  these relationships in the community are what allows us to get news, procduct info etc. and is a great time investment!

The entire team is now on the ground in Vegas (we’re still trying to find Matt, but what else is new?), and we all will be together tonight for the first time physically as a team.

Over the last two days we have had some really good sessions talking about lots of nice new Vista features that will be released in the next few days so will talk about it as soon as we get release tro do so.  As Rob teased a bit earlier, this morning we were treated to an early walk through at what is termed the “Partner Pavillion”, which is basicaly sort of a VIP demo area that Microsoft uses for major press and partner connections.  Rob already got in trouble for “blue screening” a new device I can’t mention, and I got severely reprimanded for using a cell phone while there also. Just wanted you guys to know we are pushing the edge!  Very cool things there, more coming later.  Just as a happenstance, Bill Gates was there getting ready to do some video.  He was most kind to stop and answer a few questions, give some general statements on Vista and his view of the future of things like 64 bit computing, etc.  We appreciated the opportunity and the time he provided to our group.

The rest of today is some hardware and software demos and discussion, culminating tonight with the Bill Gates Keynote.

So, thus far it has been a lot of preparation activity, but tonight and tomorrow we will be starting to get to the real meat of the matter!  We’ll continue to give you summaries as we can, so stay tuned.