Starbucks kicks off a new program this week that delivers a free app along with your morning caffeine fix. Building on the success of the company’s pick of the week program that gives away an iTunes single each week, Starbucks is branching out into apps.

The App Pick of The Week Program is offering Shazam Encore for free, a $5.99 value. To get your free app, pick up a card next to the register at your local StarBucks.

With higher app prices, the new Pick of the Week App deal is a much better deal for the consumer. 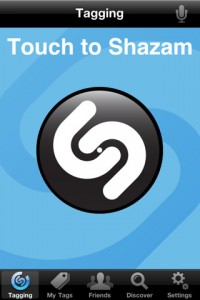 Shazam Encore is Free at Starbucks

The Pick of the Week App can be had with a promo card found on the counter of your local Starbucks store. The cards contain one time use codes which can be redeemed in the iTunes App store for a free download.

The current Shazam Encore promo will cover the cost of your specialty drink, but you don’t even need to make a purchase to get the card.

There’s no word on what apps will be selected, but it looks like shoppers can expect to get 52 free apps a year from Starbucks.

This is one of the few free app deals we have seen for iPhone owners. Unlike Android users, who can get a free app every day in the Amazon App Store, the iPhone App Store is more known for random sales and always free apps than it is for programs that give away a free paid app every week.

Which app do you want to see next on the Starbucks Pick of the Week App program?