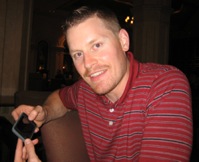 Taking a look at Warner’s scores for his 2009 predictions prompted me to review and grade my own thoughts regarding what I thought would happen throughout this past year.  Read below to examine what I thought 2009 would hold in the tech world.  Here were my predictions and what actually happened.  Check below to see my final grade.

Overall, I’d feel that an A- would suit these predictions.  Nostradamus would be proud.  Play teacher and leave your grade for my 2009 predictions in the comments.