Grand Theft Auto 5 doesn’t officially release until next Tuesday, but some folks have claimed to already gotten copies of the game, and they’re turning around and selling them on eBay for a big profit.

For example, this PlayStation 3 copy was sold for $500, and the seller is guaranteeing Saturday delivery on September 14 — four days before the game releases. We’re not sure if someone actually bought this item, but it at least proves that early copies are out there.

Furthermore, Rockstar Games, Microsoft and Take Two Interactive are teaming together to shut down any leaked footage that gets out. Microsoft is banning Xbox 360 consoles of owners who leak footage out. One gamer in particular posted leaked footage on Vine and ended up getting his console banned. 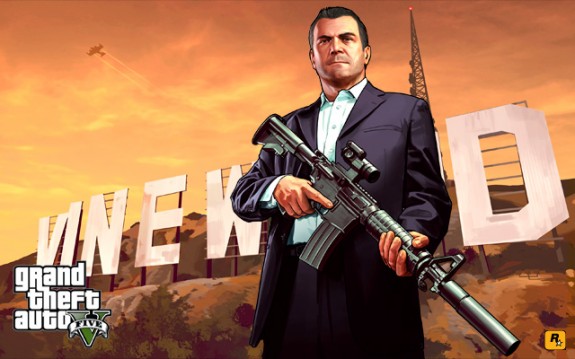 One of his Vine’s contained his gamertag, and with that as evidence, Microsoft quickly hit the big red button to have his console banned from Xbox Live, meaning he has to have to buy a new one in order to play online again. Harsh!

Rockstar is sweeping the internet and taking down all leaked footage that it comes across. Searching around for footage on YouTube and other sites reveals that most leaked videos have been taken down by now, claiming that they break Rockstar copyright claims.

Indeed, Rockstar’s policy on posting copyrighted material from its games is pretty straightforward, saying that “any posting of in-game footage from leaked copies of the game prior to its official release date will be taken down, regardless of how the game was obtained. This includes ‘early unboxing’ videos.”

While we’ve seen eBay listings for PlayStation 3 versions of the game being sold, there’s no word on whether or not Sony is banning gamers who have gotten the game early. It’s also not said if Microsoft is also banning gamers who are simply just playing the game before the release date. We’re guessing early, selected reviewers are whitelisted by Microsoft, but they may have the banhammer ready for those not authorized to play it.

However, one thing that Rockstar can’t stop is the uploading of Xbox 360 versions of the game to torrent sites. Two-disc ISO sets are appearing on these sites, and while Rockstar can try to take these down, torrent sites are a lot harder to budge as far as this kind of takedown is concerned. Of course, you’ll have to have the right kind of know how to get a torrented copy working on your console, but nonetheless, it’s out there, and it seems people just can’t wait a few more days.