Jan-Kristian is one of the brains behind the TIP, pen and touch in Windows 7.  He has authored a great post about tablet input in Windows 7 on the Engineering Windows 7 blog. 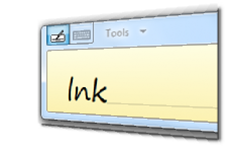 It is a great post with lots of pictures and videos to illustrate the discussion.  Worth a read.