The Griffin Helo TC is a remote control helicopter that uses an iPhone, iPad or iPod Touch or Android device and a small clip on accessory to deliver a fun, though sometimes frustrating experience for $50.

Remote control helicopters are nothing new. I’ve used several of the $20 to $30 models that rely on a stand alone controller, but was never able to control them more than up or down.

With the Griffin Helo TC, I’m no expert, but I can move the helicopter through the house with some level of skill, and thanks to recordable flight plans I can recreate my best flights without effort. 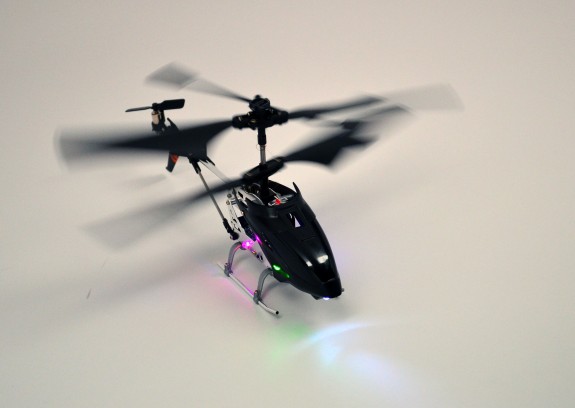 The Helo TC is not a bluetooth helicopter, nor is at as large as the Parrot AR Drone 2.0, but it is a nice accessory for kids and adults.

To use the Helo TC, users must attach a small battery-powered controller to the iPhone and download the free Helo TC companion app and on Android. The controller uses rubber grips and fits any device. It even fits my iPhone 5 in an OtterBox case. The controller connects to the headphone jack. 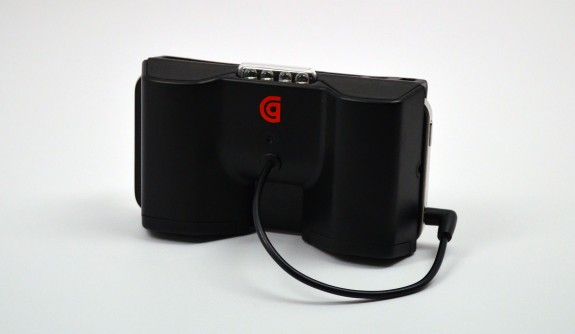 Once connected, the app offers controls to fly the helicopter. My flight plans are not pretty, even after a few hours of use, but I can make the helicopter move in the general direction I want. The right control stick of the app makes it possible to actually change the direction of the helicopter, unlike the cheap helicopters I’ve used. 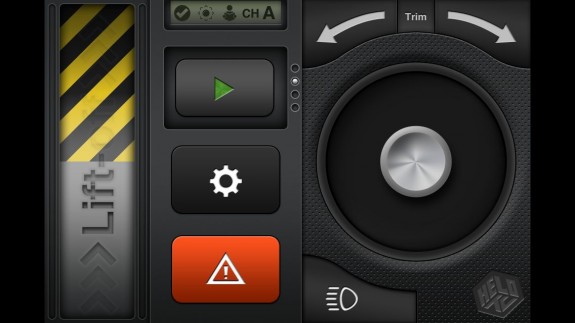 Lift is easy enough to master, and there is a button to initiate a safe soft landing. This is handy if the helicopter goes out of control or if it crash lands near family members or animals.

The video below shows what the Helo TC can do in the hands of a skilled operator, like a kid or someone with more time on their hands than me.

The helicopter is incredibly durable, surviving ceiling scraping, wall crashes and about a dozen drops to the pavement while testing outdoors. The kit includes several replacement rotors in case any break. After weeks of abuse the Helo TC shows some white paint from scraping my ceiling and there is a nick in my dining room tablet, but the helicopter is no worse for the wear. 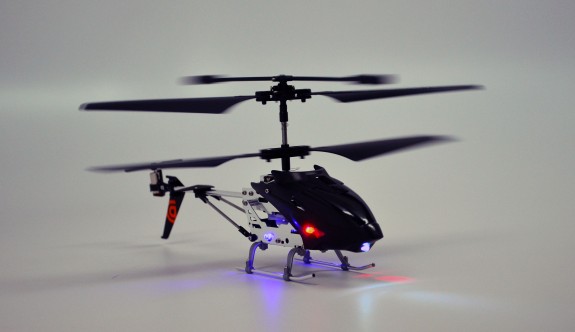 Control the lights on the Helo TC with the companion App.

The Helo TC is a fun iPhone, iPod Touch and iPad accessory. The ability to actually make the helicopter fly where I want with a few hours of use is impressive, as is the durability of the device.

Verizon sent the Helo TC over for review, and sells it online at Verizon for $49.99. It is also available on Amazon for  $42. 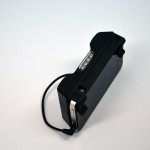 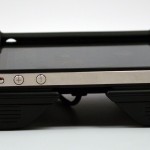 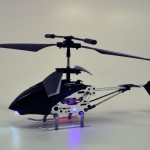 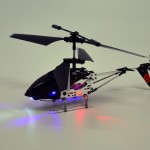 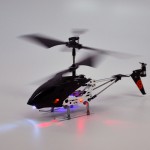 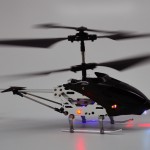 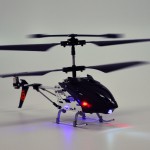 Control the lights on the Helo TC with the companion App. 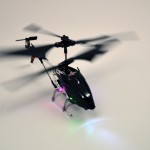 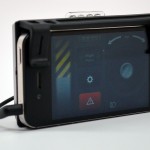