While Swype’s credit card swiper is a great tool for small businesses, larger retail enterprises may want a more visible point of sale system and that’s where accessories-maker Griffin Technology steps in. With the Griffin point of sale system, Griffin designed the hardware, which is essentially an iPad stand that houses the tablet as well as an integrated credit card reader on the side. 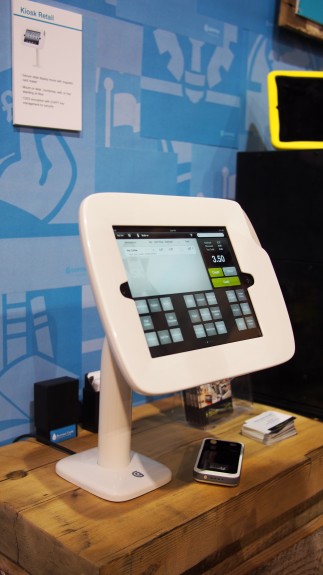 The system that we saw at the Consumer Electronics Show in Las Vegas this year is still a prototype but Griffin says it will launch in the following months. The touchscreen can be customizable for different retail industries, such as retail store sales, restaurants and cafes, and other businesses. Users can customize the touchscreen buttons for different functions as well, so the software, which is designed by ShopKeep POS, is highly customizable for different businesses and industries.

According to ShopKeep, the software is highly secure and nothing gets stored on the iPad itself.

The package itself is elegant and the hardware design is sleek and modern. The Griffin Point of Sale system won’t take as much desk space as a full register, and likely may be cheaper to adopt as well. It will utilize an iPad for the processing and touchscreen. This would allow sales associates behind the associate to better interact with customers and provide better service.

So far, a number of retailers have adopted smartphones or tablets as their point of sale system. The Speck accessory store in Palo Alto, California as well as a number of local coffee shops have used Square’s card reader with an iPhone or iPad, and Starbucks is beginning to use Square readers as well. 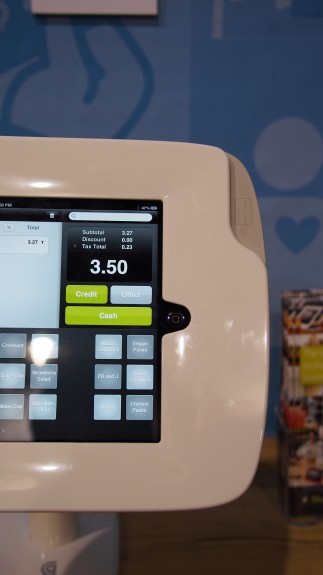 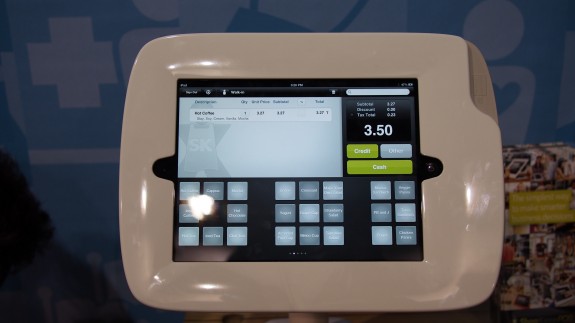