It’s no secret that Grand Theft Auto 5 was a highly-anticipated game, and its launch was a raving success. To prove that, the game broke seven Guinness World Records, including the best-selling video game in a 24-hour time frame, blasting right past the Call of Duty series, which has claimed the crown for several years straight.

As for numbers, Rockstar sold 11.21 million copies of the game in its first 24 hours of release, and generated revenue of $815.7 million in the first 24 hours, and eventually reaching $1 billion in sales after just three days of being on the market. This break’s Activision’s record that was previously held by the Call of Duty series for several years in a row. Of course, the next iteration of the Call of Duty franchise has yet to release this year, but it’ll finally have some competition. 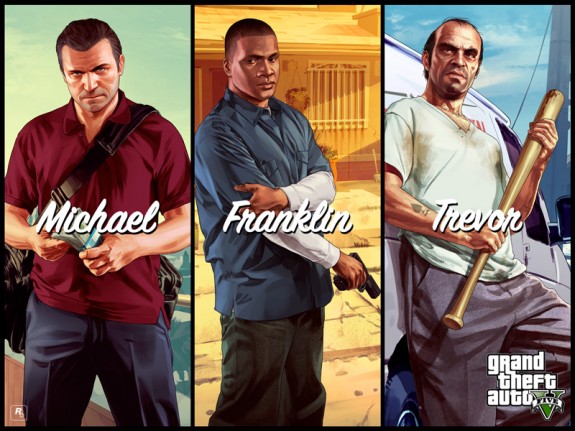 For clarification, Grand Theft Auto 5’s $1 billion record consists of all entertainment property, including movies. This means that the game pummeled Avatar’s sales record, which took 19 days to reach $1 billion in revenue. The previous record was set by Call of Duty: Modern Warfare 3, which took 16 days to gross $1 billion dollars in sales.

Of course, many would argue that video games are a lot easier to make money off of since they cost $60 a pop, while a movie ticket costs only around $8-$10, meaning that it doesn’t take as many sales to get to $1 billion for a video game than a movie, but three days compared to 19 days is still simply stunning to think about.

While it’s hard to believe, Grand Theft Auto 5 is the 15th game in the series, and it’s the first big title in the franchise to be released since Grand Theft Auto 4 in 2008. Obviously, waiting five years definitely built up a lot of anticipation for Grand Theft Auto 5, and it seems like the wait was completely worth it for both gamers and Rockstar.