According to Amazon, American users have until just 5 p.m. local time to place their pre-order for the game in the hopes of getting it on launch day for the Xbox 360 and PlayStation 3. Past that deadline, the online retailer won’t be able to guarantee the game arrives on-time tomorrow for users to enjoy. Launch day play isn’t the only reason users will want to get in their pre-orders in now, many retailers are including special bonus content that can only gained through pre-orders.

For example, users who pre-order the game ahead of its launch from Amazon and GameStop will receive special access to a blimp for travel throughout the game’s large open world. 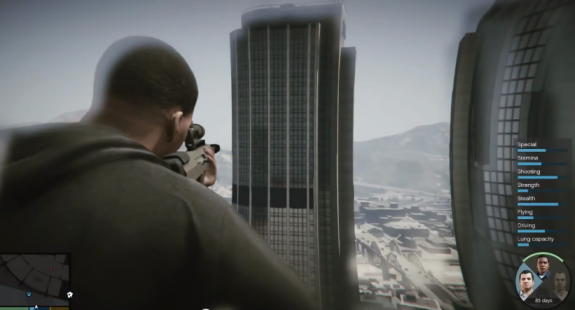 Unfortunately, users who wanted to pick up the game’s Collector’s Edition are out of luck. That bundle, which includes free character customization options, additional weapons, exclusive artwork, a printed map and a real-life security deposit bag with key, is already sold out on GameStop’s website and in-store. That $149.99 bundle is exclusive to only GameStop. Standard versions of the game will cost users $59.99.

Although stock of the game’s special edition has dwindled, users looking to pick up the game without all the extras should still be able to do so tomorrow during normal business hours at their local Walmart, GameStop and Target.

Many GameStop locations are still allowing users to place pre-orders until around five today in the hopes of picking up a copy of the game at midnight tonight. However, the company recommends that users call ahead before planning to attend a midnight launch party at their local GameStop store.

Those who get the game will want to be careful to not install the Disc 2 to their Xbox 360. According to comments made by game’s developer doing so could have a negative effect on performance.

With the current generation of video-game consoles set to be replaced in November, the launch of Grand Theft Auto 5 could likely be the final major release on each console to garner large fanfare. Whether Rockstar – the game’s developer — plans to make the game available to users on the Xbox One and PlayStation 4 remains unclear.