Grand Theft Auto 5 players who have been experiencing issues with Grand Theft Auto Online should get the relief they’ve been looking for soon as Rockstar has promised a title update for as soon as tomorrow, an update it says should take care of the issues that have been plaguing players since the GTA 5 Online release earlier this week.

On Tuesday, Rockstar unleashed the GTA 5 Online, an open world where GTA 5 players can tackle jobs, compete in races or simply just cause mayhem together inside of the game’s massive open world. Problem is, GTA 5 Online issues have prevented many players from actually experiencing the game online and those who have actually managed to get in the game have been reporting a host of bugs plaguing the gameplay. 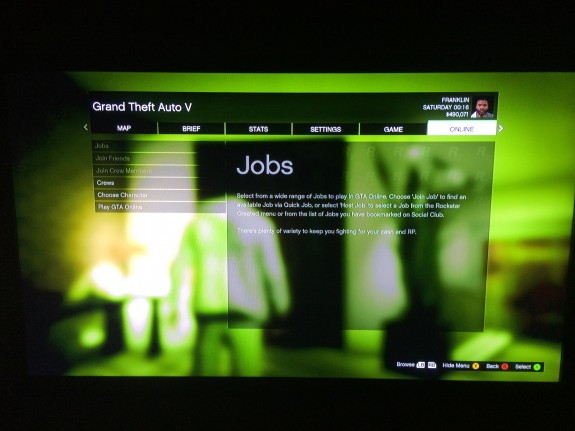 While it will take awhile before GTA 5 Online is void of major bugs, it looks like Rockstar is at least cooking up a fix for those that can’t progress past the opening tutorial.

Rockstar has been working around the clock to fix the issues that have been preventing players from entering GTA 5 Online. And it looks like the company will be delivering a fix for those issues tomorrow in the form of a title update. On the company’s website, Rockstar claims that:

We’re currently working on a title update for both PlayStation 3 and Xbox 360 to address commonly reported issues with GTA Online. We hope to have it out for download as soon as tomorrow.

It looks like the update will be aimed at the major issues that users are encountering including cloud server issues, failure to host GTA Online sessions, and the inability to move past the opening tutorial which forces players to select a car and complete a race.

Rockstar says that some users have found success using temporary fixes including deleting characters and deleting the previous title update from the Xbox’s memory though those aren’t working for everyone. Users reporting successes have often had to wait for at least 10 minutes before the race actually begins.

The company had previously warned players that GTA Online would be full of issues and bugs when it arrived though players likely didn’t expect to not be able to access the service at all.