A fix meant to address the connectivity and instability issues plaguing GTA Online users is now available, according to Rockstar Games.

In an update to the article it posted about the bugs this past Wednesday, Rockstar Games confirmed that fixes were beginning to roll out to Grand Theft Auto 5 Online players who have a PlayStation 3.

According to the company’s earlier post today’s fix is all about addressing some of the big issues users had when first trying the game’s multiplayer out. Mainly, a buggy tutorial mission that prevented users from progressing in the game at all. That, plus some mild stability issues yesterday, forced Rockstar to disable the option for users to progress through the game by trading real money for in-game currency.

That was if users could actually get into the game at all. Initially, it suffered from a bug that tricked PlayStation Network servers into falsely limiting the amount of users who could play the game at the same time. This meant that “most players,” according to Rockstar, could not even get past the game’s loading screen. 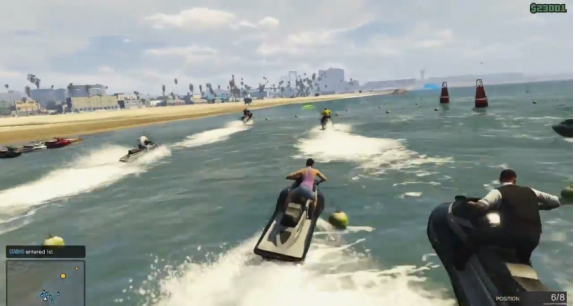 You can race all kinds of GTA 5 vehicles in Grand Theft Auto Online.

Although Rockstar is only confirming that the title update is available for PlayStation 3 users, it does have immediate plans to address the issues cropping up for Xbox 360 users too. The game developer says that a patch for the Xbox 360 version of the game could come “as soon as possibly today.”

Inside this multiplayer mode, gamers can team up with other players to form crews and pull off daring heists for cash and other luxury items. Users received a free pass for the online role-playing game with their purchase of the single player campaign two weeks ago.

While Rockstar should have been more prepared for the onslaught of users rushing to play the game in its first week, it’s possible that the game could just be a victim of its own success. Grand Theft Auto 5 netted its publisher, Take 2 Interactive, $1 billion in sales during its first three days on store shelves. The game now unofficially holds the record for biggest entertainment release of all time.