The GTA Online release time is likely to come early Tuesday morning, so you may not want to wait up until midnight hoping for the GTA Online update to unlock access to the new multiplayer mode.

In short, you’ll be better off waking up early to play GTA Online before work or school than staying up late.

In a new post this evening Rockstar outlines what gamers can expect from the GTA Online update, including that it doesn’t know exactly when the GTA Online release time is, but it does offer a best guess. 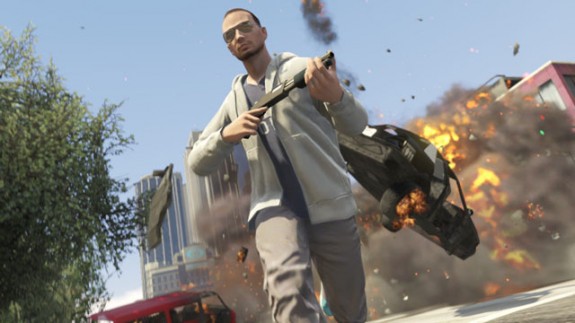 The GTA Online release time is set for early morning, possibly 7 AM Eastern.

The GTA Online release time will vary between the Xbox 360 and PS3 version as each system needs to load the update. Here’s what Rockstar has to say about what time you can play GTA Online.

“We’ve received many questions asking for a specific confirmation of what exact time GTA Online will be available but of course this is contingent on both Title Updates becoming available on each console’s network. As a general timeframe, we do expect the Title Update to become available on PSN and Xbox LIVE starting around 7AM ET tomorrow morning, and your best bet is to stay tuned throughout the day here at the Rockstar Newswire and by following us on Twitter and Facebook where we will be keeping everyone updated.”

Once the GTA Online update is a free update that does not require any special code to unlock. When the system update arrives it will show up as a game update, like any other game update on the Xbox 360 and PS3. 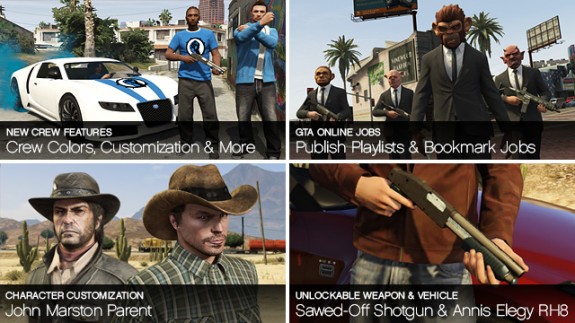 Once the GTA Online update is applied gamers need to switch to the Online character to start playing. While in story mode, gamers can press down to switch characters and while holding down, use the right stick to switch to the bottom spot. This will launch the online mode and let players get started.

When invited to a friend’s house in GTA Online, it is a friendly visit so there is no way to shoot the owner or steal their vehicles.

While gamers can buy in-game GTA$ with real world cash, Rockstar is keeping an eye on things and will adjust the game to keep things fair. They also state that gamers will need to work for the fun stuff,

“All players still have to rank up with Reputation Points (RP) in order to get access to purchase high-end items.  No one can begin GTA Online and simply spend a lot of money out of the gate to get a leg up. You will have to earn your stripes and play to unlock access to the aspirational clothes, guns and other items.”

Gamers can also look forward to new GTA Online jobs and missions and will allow gamers to soon add to the GTA Online experience with a Content Creator which will allow custom Race and Deathmatch jobs.