It seems GTA V won’t be the only Rockstar Game that convinces users to take on a new life as a criminal. The Grand Theft Auto developer has announced that it will rerelease Grand Theft Auto: San Andreas as a mobile game for the iPhone, iPad and devices running Android and Windows Phone.

While a release of GTA: San Andreas would be enough to rally users on its own, it’s the last bit of information that the company detailed in today’s announcement that has users excited. In addition to offering touchscreen control schemes that change depending on the situation players are in, Rockstar says that it’s modified the game so that it works for physical controllers too. More specifically, the company says that it’s added native support for iOS 7 controllers. 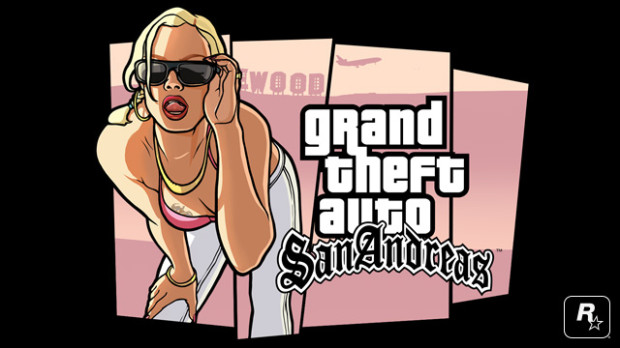 This version of GTA: San Andreas will also have better graphics than the original version. Rockstar says that it’s “remastered graphics including dynamic and detailed shadows, greater draw distance [and an] enriched color palette” making this re-release the “best-looking” variant of the game thus far.

Fortunately, Rockstar says it will also release the game on other platforms besides Apple’s iOS. Windows Phone, Kindle and Google Android users can also expect a version of the game to arrive in those platform’s app stores too. That being said, the developer wasn’t clear if those versions of the game would support external controllers as well.

GTA: San Andreas isn’t the first game in the series to make its way to a mobile platforms. Grand Theft Auto: Vice City has been available on iOS and Android for some time. However, this is one of the first times the franchise has embraced physical controllers in a big way. While playing GTA: Vice City on a smartphone is fun at first, the game’s reliance on touchscreen controls means that many users find the game more difficult to enjoy than its gaming console-based counterparts.

Physical controllers are thought to be the only thing sustaining sales of mobile consoles like Sony’s PlayStation Vita and Nintendo’s 3DS. After all, buying an add-on controller for a smartphone is cheaper than purchasing an entirely separate device that only performs one function.

Rockstar didn’t announce an exact release date for GTA: San Andreas, however it did indicate that users should expect more news “in the weeks ahead.”