Automotive electronics are becoming quite advanced. In the past, each electrical component of a vehicle would operate independently of the other systems. In modern vehicles, manufacturers utilize CAN bus (Controller Area Network) to allow each computer component to be able to talk to each other. This technology allows for state-of-the-art infotainment systems, radar cruise control systems and other data-driven uses. Like many computerized networks, the automobile has become a victim of a hacking scheme that has law enforcement puzzled.

It appears that the hackers who are breaking into cars (but not actually stealing the cars) are walking up to the passenger-side door of vehicles equipped with a modern keyless entry system and gaining access. Police have determined from the surveillance footage that the hacker is holding a device in his or her hand which, when activated, unlocks the passenger door. Through this process, the device also seemingly disables any anti-theft alarm in the vehicle.

According to Today News, the thieves are not successful with every type of vehicle. It seems that Ford vehicles are not vulnerable to the attack, but Honda vehicles are. Also, it appears to only be effective on the passenger-side of the vehicle. 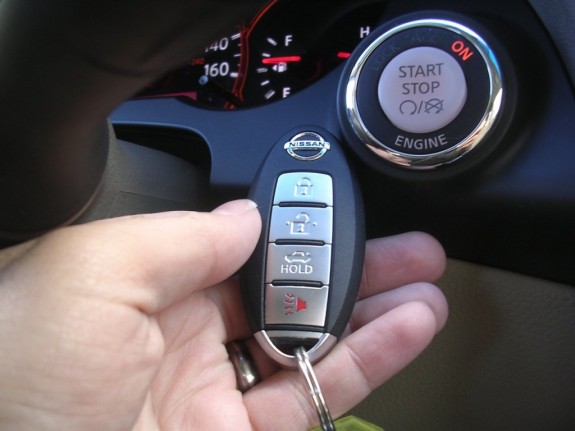 Security researcher Steve Gibson speculates that the device is emitting some sort of magnetic or electronic interference that causes the on-board computer to treat it like an unlock request. He does not believe that it was an actual decryption of the CAN bus system. Also, keyless entry systems utilize a random “rolling code” that makes stealing an unlock code and reusing it next to impossible.

Until an individual is caught with one of the hacking devices, or a security researcher gains access to one, we will probably not know how the hackers are gaining access. There is a lesson to be learned from this, and it is common sense. Do not leave valuables inside the vehicle that would tempt people to break in and steal it.