Halo 5: Guardians: What We Know Already

Halo 5: Guardians is more than a sequel to an enormously popular first-person shooter franchise. The Halo games are synonymous with the Xbox experience. Microsoft purchased Bungie Studios just so it could have an exclusive on the game for the launch of the original Xbox console. Xbox and Halo’s futures are intertwined. If Microsoft can convince millions of people to buy Halo 5: Guardians later this year video game press will sound the warning bells on the franchise and someone will conclude that Microsoft’s great experiment with console gaming is in decline.

You’ll Play As More Than The Master Chief

Bungie spent a lot of the time it had at the helm of Halo writing stories about humanity’s survival. When 343 Industries took over the franchise from Bungie it didn’t tip anyone off that there was a huge change in tone coming for the game’s story. Nevertheless its there for all to see in Halo 4 and will be there in Halo 5: Guardians.

Having saved humanity with the end of the first trilogy, 343 Industries is approaching this second trilogy from a different angle. Halo 5: Guardians seems to be mostly about the differences between good and evil. How you interpret the story depends on your outlook and what happens when the game is released, but all the promotional materials hint at a battle series protagonist John 117 and Agent Jameson Locke. Agent Locke is a newly minted Spartan apparently sent to hunt down John 117 and expose him for the “traitor” that he is. Agent Locke will be playable in Halo 5: Guardians. 343 Industries confirmed that at San Diego Comicon last year as it was prepping for its Halo: Nightfall TV show launch.

You’ll Hunt For The Truth 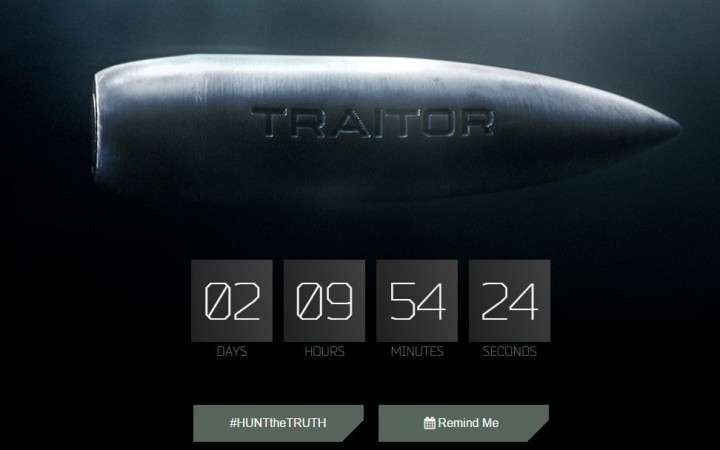 The mystery of whether John 117 is a traitor or if Agent Locke is an overzealous, misinformed agent of some shadowy UNSC agency is the focal point of the campaign. We know this because of HuntTheTruth, a podcast and promotional site that launched after the first Halo 5: Guardians commercial appeared on television.

The narrator of the podcast is a journalist who started out trying to find out more about John 117 and new information that call’s John 117’s motivations into question.

The Combat is Faster

The last time we publicly saw Halo 5: Guardians’ multiplayer was back in January. Presumably, 343 Industries will have introduced changes since then, but that still gives us a fairly accurate look at what’s coming this fall.

The Halo series may have redefined online multiplayer, but nothing can say the same without becoming tired and boring at some point. Halo multiplayer is no exception. It’s when a multiplayer mode stays still that it dies. To that end it seems 343 Industries looked at what people didn’t like about Halo 4 and what the latest first-person shooters are doing. The result was a Halo 5: Guardians beta multiplayer experience much different from what we’d experienced in the past.

343 Industries is hoping to make the multiplayer experience in Halo 5: Guardians faster and more vertical. The first three Halo games didn’t allow you to run at all. As a Spartan you were thought to be more like a tank. In Halo: Reach and Halo: 4 you could run, but those were part of your preset Spartan abilities. You couldn’t have more than one Spartan Ability, limiting running to those willing to give up another key advantage.

Everyone in Halo 5: Guardians can run as much as they want. Its not a limited ability, but something that’s available at all times to anyone. Naturally, running makes you more vulnerable, so for example you can’t fire at enemies, but this change makes everything in Halo 5: Guardians feel faster and more fluid than in previous games.

The changes extend to how you move around the different areas in some levels. In previous Halo games you jumped to another level and if you missed that was it. You’d have to try again. Halo 5: Guardians has a feature called Clamber. Essentially, get your character close enough to a ledge after jumping and that character pulls themselves back up.

Jets on the back of your Spartan Armor are what allow your character to run without limits. Those jets also allow you to pull off something called Ground Pound. Launch yourself in the area with an enemy below and use your jets to take down anyone near where you land.

You’ll Need an Xbox One

This has been said often, but always bear repeating. Halo 5: Guardians is an Xbox One only game, based on what Microsoft has said. That means, that you’ll need an Xbox One to experience it. Xbox 360 users are going to need to upgrade at launch, shortly fine, or shortly after.

Halo 5: Guardians launches on the Xbox One on October 27th. A basic copy of the game will cost $60. 343 Industries has talked at length about a season pass or any add-on content.