Halo 5 Tips: How to Win at Warzone

343 Industries’ Halo 5: Guardians arrived on store shelves and the Xbox Store earlier this week. The game is an opportunity for 343 Industries to reset its relationship with gamers and the Halo franchise as a whole. The studio didn’t create the Halo series. Both Halo 4 and Halo: The Master Chief Collection weren’t exactly well received. The studio is pinning its hopes on three things: better graphics, a co-operative multiplayer campaign and Warzone.

Warzone is a completely new addition to the Halo franchise. It’s really one of only two huge innovations the studio has brought to multiplayer since it took over stewardship of the Halo franchise in general – the other being Spartan Ops from Halo 4. When in Warzone you’re participating in a battle, a battle that’s won or lost on how well you’re able to coordinate with your team and how great you are at territory control.

With the first weekend of Halo 5: Guardians availability upon us, now is a good time to get yourself acquainted with Warzone.

If You’re A Novice Go After the Covenant

Some say that Warzone isn’t your typical Halo multiplayer experience. Respectfully, that’s going a bit too far. The whole point of Warzone is that you’re killing enemies in a wide-open battlefield with plenty of map to traverse. There’s nothing more Halo than that.

The nuance lies in who you decide to kill. Warzone drops 24 players into its different maps. The red and blue teams are made up of both humans and cloud controlled soldiers. The actual humans on these two teams are tasked with hunting down the Covenant, there’s also Spire capture involved, depending on what setup you’re playing. If you’re into person to person combat and you’re good at it, go after the players. If you’re not, take the opportunity to take out the different computer controlled soldiers an forces that surface through out the game.

For a Challenge Go After Other Spartans

If you’re looking for a challenge, you’re the right person on your team to go after real life players. During the entire simulation you’re competing for kills with the members of your opposing team. No matter how they get there, the first team to 1000 points wins the game. If your team’s enemies are dead, they can’t be earning any more points for their team killing easy targets.

Use the Respawn System to Get Closer to Your Objects 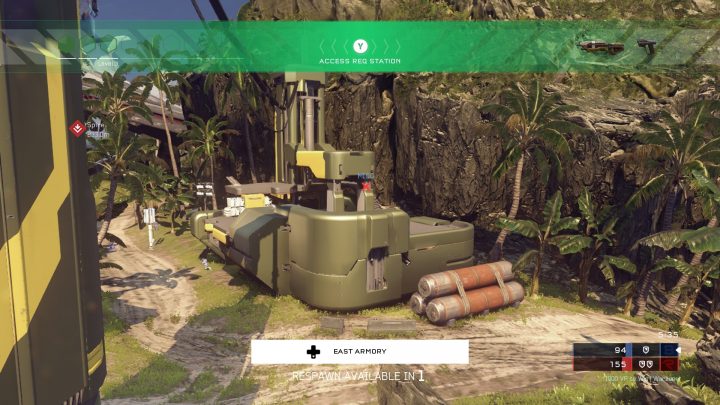 When you die in Warzone, the game gives you some options. You can choose to keep respawning in the same place, but you don’t have to. After you die, use the on-screen menu to cycle through the different available places for you to respawn. While you’re looking through them, keep a lookout for symbols of nearby Spires or a Covenant enemy. If you choose to respawn in these places you’ll do less traveling in the game, and save yourself from enemies lurking in the shadows sniping.

Even when you’re killing enemy forces controlled by the game itself, you want to keep in mind what you’re focusing on and how many points that’ll grant your team. Killing soldiers won’t get your team to 1000 as fast as focusing on the cybernetic and Covenant enemies that frequently appear in the game.

REQ Cards Are Essential and Powerful

The REQ system is pretty controversial, but easy to understand. As you’re playing Warzone you collect points for everything you kill. The more points you have, the more REQ Cards you can purchase to give your Spartan extra abilities.

REQ Cards can grant cosmetic changes to your character, new vehicles, new weapons and new upgrades for the weapons already available to you. REQ Stations are scattered throughout each Warzone area to give you easy access to the REQ Cards you’ve purchased. Use REQ Points from Warzone or real money to purchase REQ Cards. Note that some REQ Cards can only be used once.

What you want to do is use a REQ Card that’s perfect for the situation you find yourself in. Up against a very good team that keeps using vehicles to destroy your resistance? What you want is a vehicle or slower weapon with increased damage. A REQ Card that gets you a rifle with a scope can help a great deal in situations where you’re worried about getting too close to the action. 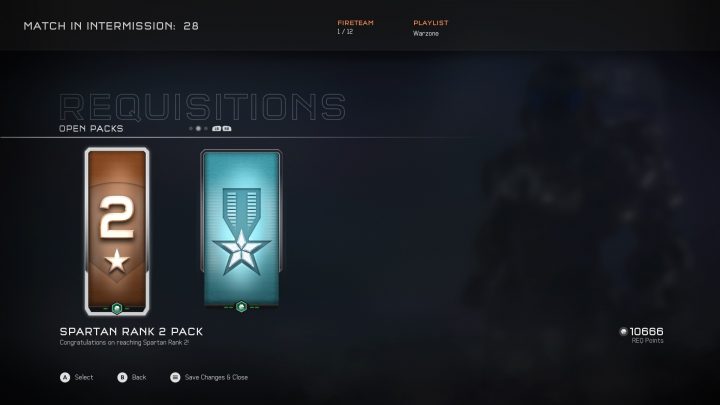 Note that if you die, you’ll also get the option to use a REQ Card when you respawn in Warzone. It’s also important that you keep mental track of what REQ level your game has ascended to. Level one has only the most basic of weapons and power-ups. REQ Level 5 is when you’ll start to see some of the game’s most impressive weapons.

If you’re really feeling outgunned you can spend real money on REQ Packs instead of saving up REQ Points to purchase them. REQ Packs come in Bronze, Gold & Silver. Gold Packs cost $2.99. 343 Industries also offers the REQ Warzone Bundle to players. $24.99 gets players 14 Premium REQ packs, two each week for seven weeks, according to Halo Waypoint. You can’t use REQ Packs in the single player, Halo 5 experience.

Good luck with Halo 5: Guardians’ new Warzone multiplayer mode. It’s definitely different from past multiplayer experiences, but not so different that it isn’t capable of leaving you with classic Halo multiplayer moments to remember.