After seven games on Xbox consoles the Halo universe is finally coming to Windows 8 and Windows Phone 8 this July with the arrival of Halo: Spartan Assault.

Halo: Spartan Assault takes place between Halo 3 and Halo 4, giving more back story to the Spartan-IVs that Master Chief meets in the latter game. The game lets players guide either Commander Sara Palmer of Spartan Davis as they fight against the Covenant in Commander Palmer’s first mission since becoming a Spartan-IV.

Unlike most other Halo games, Halo: Spartan Assault isn’t a first-person shooter. Instead the game is a top-down shooter more similar to mobile games like Gun Bros. Halo: Spartan Assault uses dual virtual sticks on touchscreen devices, the left stick controls movement while the right controls the Spartan’s aim.

The game will support keyboard and mouse controls for gamers who want to play it on a PC. Strangely, however, the game won’t support the Xbox 360 controller (or any other controller) when it comes out in July. An update sometime after release may include controller support, however, according to Engadget.

While the game doesn’t control like a typical Halo game, it still has many of the same trappings. Weapons like the Spartan Laser, Assault Rifle and Magnum are in the game as well as a wide range of vehicles including the Ghost, Scorpion and Wraith. 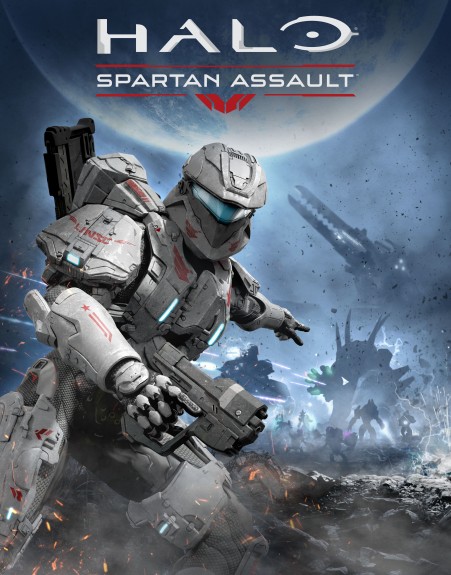 Halo: Spartan Assault will feature 25 single-player missions, though developers 343 Industries (developers of Halo 4) hope to make the game more replayable with leaderboards, weekly challenges and challenge skulls. The game will also link with Halo Waypoint to give player experience points in Halo 4 the more they play the PC and mobile game.

Of course, the game will also have new Xbox Live achievements as well.