Halo: Spartan Assault Coming to Xbox One and Xbox 360

Halo Spartan Assault, the game that Microsoft used as a showcase for how its ecosystem allows developers to create the same experience in multiple places, is on its way to the Xbox One and Xbox 360.

Microsoft announced the new titles this morning on its Xbox Wire blog. If the video and screenshots provided in the post are any indication, the experience in these versions of the game will be identical to their Windows Phone and Windows counterparts. Microsoft is confirming that a new online multiplayer mode is headed to the game. This mode will allow users to play along each other as they battle against the many enemy races collectively known as The Covenant.

Effectively, it’s the same top-down shooter that GottaBeMobile got hands-on time with earlier this year. However, Microsoft says users can look forward to longer play times thanks to a new Operation Hyrda expansion pack. 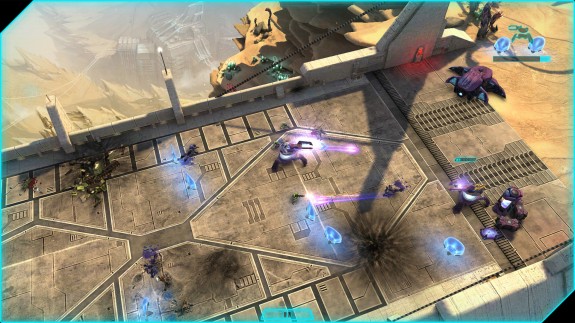 There are a few caveats to the experience. While Xbox One and Xbox 360 users will get their own versions of the game with co-operative play, today’s post confirms that users of one system won’t be allowed to play against users on another system. That means that those who purchase Halo: Spartan Assault on the Xbox One, won’t be allowed to play the game against their friends who purchase it on the Xbox 360.

Although Halo: Spartan Assault is already available on Windows 8 and Windows Phone 8, users will need to repurchase the game if they’d like to play on their Xbox One or Xbox 360 this December. Although many of Microsoft’s platforms are similar, each of its content stores are completely separate.

Unfortunately, Microsoft didn’t share anything about pricing for either the Xbox One or Xbox 360 versions of Halo: Spartan Assault. The game now costs users $6.99 in the Windows Phone Store and the Windows Store. Today’s post didn’t indicate if the Windows Phone and Windows 8 versions of the game will also get the new Operation Hyrda content at some point in the future.