Microsoft’s latest sequel in the Halo video game franchise. Halo: Spartan Strike, is attracting a lot of raised eyebrows this week. Mostly it’s because ahead of this year’s Halo 5 release, Microsoft is launching Halo: Spartan Strike today on Apple’s iPhone and iPad.

Microsoft announced the arrival of Halo: Spartan Strike on its Xbox Wire news blog this morning. Besides arriving on the iPhone and iPad today, Halo: Spartan Strike is available on Windows and Windows Phone, Microsoft’s own mobile platform. The game costs $5.99 and doesn’t include a free trial in the Windows and Windows Phone Stores, which Microsoft games usually do. 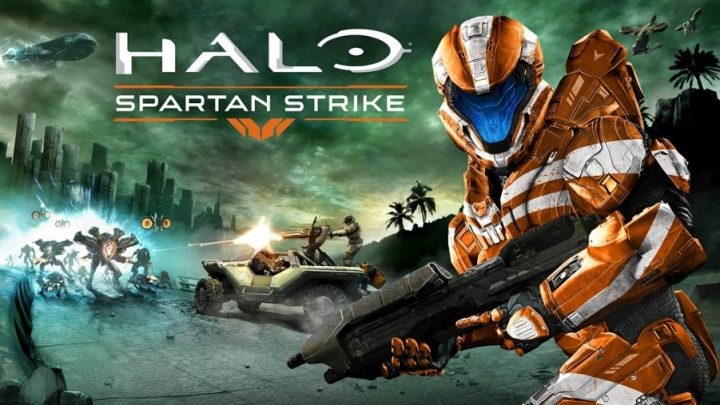 Halo: Spartan Strike is still a shooter, but uses a top-down camera angle to let players see all the action around them. Halo: Spartan Strike is the second major mobile game released in the Halo franchise. The first was Halo: Spartan Assault. Microsoft has offered pretty compelling apps on iPhone and iPad for a while now, but Microsoft has never really offered Xbox games to other platforms in a meaningful way. For example, Kinectimals, another Xbox gaming franchise, is available on iPhone and Android.

Those who purchase on Windows or Windows Phone unlock another version for their other Windows devices, at least saving them a bit extra. Users who do buy the game on one platform will need to manually trigger the download from the Windows Store or Windows Phone Store on their other device.

Microsoft is eager to impress upon players how much these games simply aren’t ported over, half-done, throwaway titles. There are 30 missions for users to complete in a variety of areas. There are different vehicles to use. A small selection of games included in the Xbox One and Xbox 360 versions of Halo are included here like the Incineration Cannon and Suppressor. Microsoft doesn’t necessarily call them Spartan Abilities, but players get power-ups like proximity mines, teleportation, air strikes and a bubble shield. Halo 2’s New Mombasa is the main focus of Halo: Spartan Strike. Certainly, the graphics in this game are pretty great considering it’s built for mobile devices.

Besides having exclusive access to achievements, Microsoft is offering up Windows 8 and Windows Phone 8 users some other Spartan Strike related extras. Anyone who buys Spartan Strike on Windows or Windows Phone and owns Halo: The Master Chief Collection will get a free avatar in that game. Microsoft is also handing out an exclusive emblem and nameplate. All told, Microsoft seems to be finally learning that integration across is platforms should be a focus. The Windows Phone and Windows and Steam versions of the game allow users to transfer their progress from one device to another. Those playing on a Windows notebook, desktop or tablet get to play the game with an actual Xbox controller instead of just with touch or their keyboard, which is a very nice touch.

Someone will definitely take this as a sign that Microsoft Studios, the part of the company that develops and markets video games exclusively, is starting to take mobile video games a bit more seriously. What is for certain is that not too long ago, releasing a new Halo game on the iPhone at the same time as it arrives on Windows Phone would have been seen as a undercutting Windows Phone.