Halo: Spartan Strike follows in the footsteps of Halo: Spartan Assault, both of which are available in a combo pack on the iPhone and iPad. Singularly, they’re both available in the Windows Store and Windows Phone Store. As their names suggest, the games are set inside the same universe as the rest of the Halo sci-fi games, but with a different alternative. You aren’t necessarily saving the world as much as you are trying to pull off a series of missions. 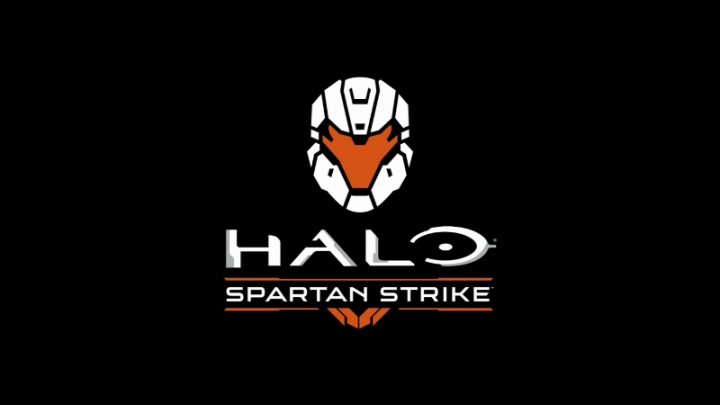 Here are some Halo: Spartan Strike tips and tricks for newcomers in the series, and a few pieces of advice for those who might be thinking about picking up the game, but haven’t yet.

Get Used to Looking at Yourself 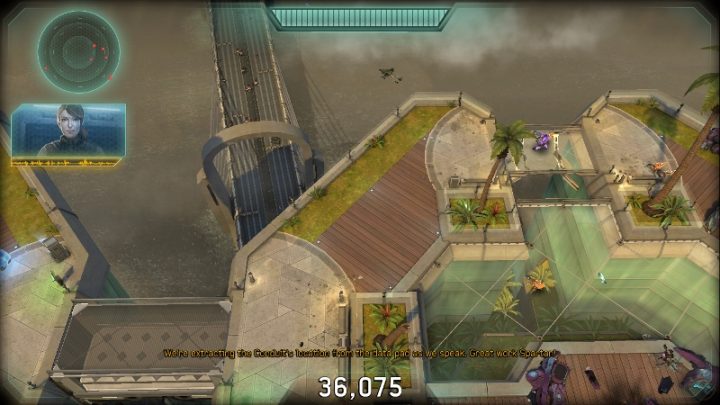 If you’re a longtime Halo fan then you aren’t used to being able to see yourself in the world as you try to kill anything and everything alien around you. Almost all of the games in the series are first-person shooters, letting you see through the helmet of your Spartan. A hardcore first-person experience doesn’t translate well to iPhones and Windows tablets, which don’t have a guaranteed controller, but do have touchscreens.

In Halo: Spartan Strike you’re looking down on yourself as this tiny on-screen Spartan solider. You’re still defending positions and killing aliens, but the controls are really complex. Your character is always in the middle of the screen. Character movement is controlled by a directional pad underneath your left thumb. Under your right thumb is a control for aiming at enemies and firing.

You have to tap on the screen to hit an enemy and tap on weapons to switch between them. Using an item or picking up a new item is done with the same button along the bottom. The controls are so complicated that you will need to do the first mission or two before you master them. Even then they might get in your way a bit.

Back Track When Necessary & Blast Your Way Out 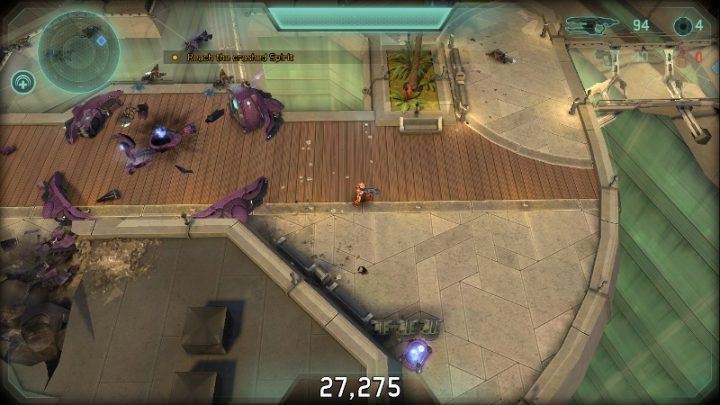 It’s because of those somewhat complicated controls that you’re going to feel overwhelmed at some points in the game – even early on. If this was a regular Halo game you’d be slaughtered, but developer Vanguard Games has taken mercy on Halo: Spartan Strike players.

Your health automatically regenerates, somewhat like in the other games. This means that spending some time not taking hits from Covenant could be the difference between finishing a level and not finishing a level. You want to at least get to the end of levels, because you will need to restart the entire thing if you die.

Back track if you can, just to give your health a chance to regenerate. There are going to be some times when you can’t get your aim just right. That’s ok. For those times, there are grenades, which have pretty decent blast radius. 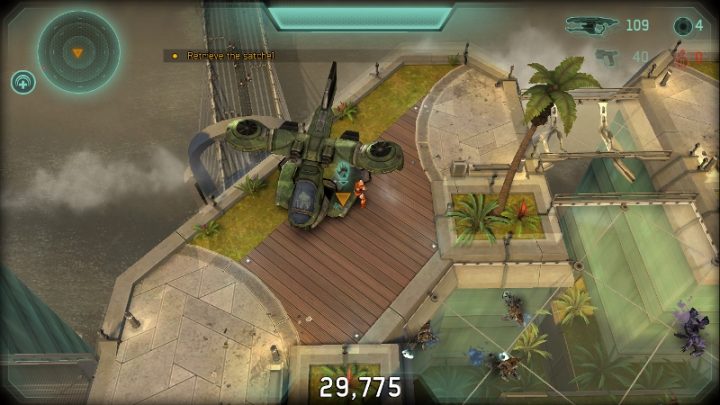 The weapons you have in Halo: Spartan Strike make a huge difference. It’s especially, true when you consider how rapidly a gun fires. The UNSFC Battle riffle you start each mission with fires pretty quickly, and is pretty great at helping you mow down enemies in quick succession. Your secondary weapon, the pistol, isn’t necessarily for that though, and you don’t want to be stuck with just it in a crunch.

Constantly be on the lookout for better weapons witch quick fire cadences, and don’t hesitate to switch weapons often while you find which works for you better. Even if you aren’t looking for new weapons keep your eye on the amount of ammo you have left in the top-right corner. Sometimes you might get tunnel vision and forget to check on this. Running out of ammo is the last thing you want to happen during a big boss battle.

On the Windows and Windows Phone versions of Halo: Spartan Strike it’s impossible to not use the Microsoft Account associated with your device already. That’s a good thing because Spartan Strike includes built-in syncing that allows you to pick up your game save anywhere – provided you have an internet connection.

Both the iPhone and Windows versions of the game have achievements though, and that’s why you want to be careful with the Microsoft Account you first use in the game on iPhone and iPad. Make sure the account you’re entering is the same account you use for your Xbox Live profile for Xbox One and Xbox 360.

Buy the Windows Version If You can 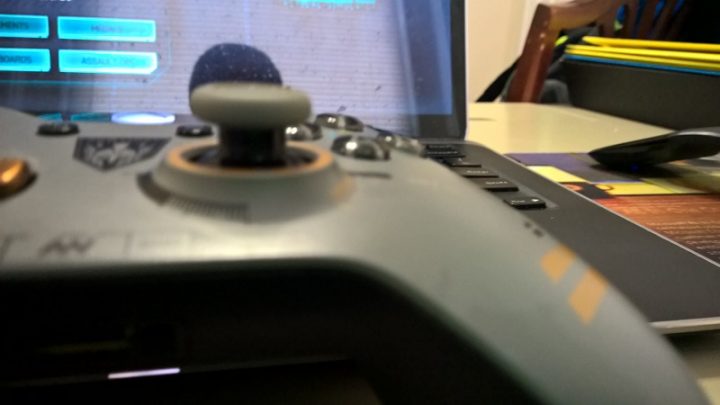 Nothing against the iPhone and Windows Phone versions of Halo: Spartan Strike, but you definitely want to get this game on Microsoft’s Windows platform if you can.

Again, the controls for this game are difficult to master, but the learning curve is made easier to swallow by a feature only the Windows version of the game includes. Windows notebook, desktop and tablet users who purchase Halo: Spartan Strike can plug in an Xbox 360 or Xbox One controller to play. You wouldn’t believe how big a difference having physical controls makes.

Good luck with Halo: Spartan Strike. These tips should help your Spartan survive the tough encounters that lay ahead.