Halo: The Master Chief Collection reviews are still trickling in from most of the major sites. Most that haven’t published a review have shared some thoughts on the game ahead of release, however. 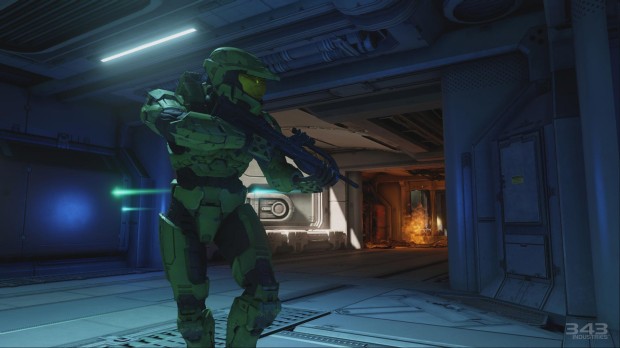 Polygon is one of the sites that has a full Halo: The Master Chief Collection review ready on its website. In that piece, reviewer Arthur Gies talks at length about how new releasing an assortment of games at this price really is. “Rather than taking a comparatively easy route moving the story content from the older games as-is to a new platform, 343 is doing something unprecedented: collecting the distinct multiplayer components from all four games and presenting them faithfully, all in one place.”

Polygon gives out scores for games from a 1 through a 10. Halo: The Master Chief Collection’s review includes a score of 9.5.

IGN’s Ryan McCaffery isn’t yet ready to review the game fully. That being said, he did publish his views on the game as they stand today. McCaffery says the first thing he did was launch Halo 2 Anniversary to get a feel for the new graphics and boosted frame rate. “Admittedly, the new facade is a bit rough around the edges – I saw occasional frozen enemies, some frame rate dips, and a few long loading screens that  interrupt the pace as the impressive new cut scenes cue up. And while the graphics are up to modern standards in many ways, they’re hardly jaw-dropping,” he says of the remake.

He goes on to applaud the audio changes made to the game and notes how great the new frame rate is. Halo: The Master Chief Collection includes a new every multiplayer mode from Halo 2, Halo 3 and Halo 4. Players can jump in-between each game’s multiplayer mode thanks to playlists, a feature that’s making its début here. McCaffery found switching between each game’s multiplayer to bit a bit jarring, but he says that using a universal controller setup helped. IGN normally assigns scores for video game reviews, but decided not to do so in favor of having more time with the game. He does conclude that a few glitches in multiplayer matchmaking and graphics aren’t enough to spoil Halo: The Master Chief Collection.

Halo: The Master Chief Collection is a massive game for $60 and its clear, based on at least these two looks that buyers are getting a pretty good deal. Halo: The Master Chief Collection launches on November 11th for the Xbox One. It won’t be coming to the Xbox 360 and there won’t be a bundled with an Xbox One in the same way Assassin’s Creed Unity and Call of Duty: Advanced Warfare.