The new MacBook Air models introduced Wednesday made quite a splash. There’s a lot of hype around Apple’s latest ultraportables, but after going hands-on with one myself I think the hype is well-deserved. After just a few minutes with the new 11.6″ MacBook Air it’s clear that there’s something very different here and it’s worth every penny of $999, if not more.

I wasn’t all that impressed with the new MacBook Air’s specifications at first. On paper, the sub-2GHz Intel Core 2 Duo processors, 5-hour of battery life and 2GB of memory don’t exactly turn heads. The specs sounded pretty ho-hum when watching the Apple presentation.

Vincent Nguyen of Slashgear was in San Francisco yesterday and he was kind enough to hand over the MacBook Air Apple gave to him at the recent press conference. Simply put, the MacBook Air represents the future of ultraportable consumer notebooks. It doesn’t have a beefy processors, flashing lights or premium audio. Instead, it has a bunch of features that improve the user experience. 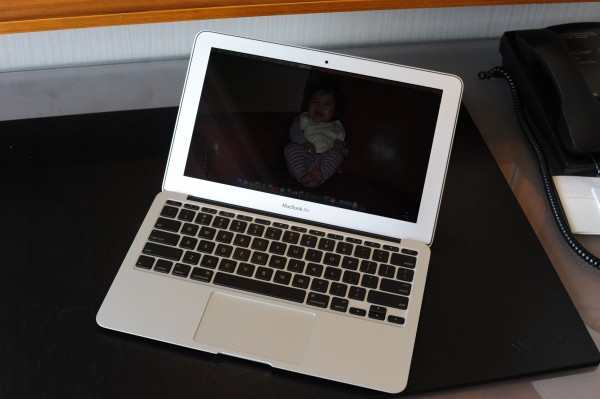 Instant Wake: The MacBook Air can standby for up to 30 days, which means you never have to shut down. When you’re ready to start using a MacBook Air, you simply open the lid and the screen is alive before it’s all the way open. It is indeed instant and it’s wonderful.

Battery Lfie: The 11.6″ MacBook Air is rated to last for up to five hours. I’m not exactly sure what settings Apple tested under, but I’m pretty confident that it’ll meet that mark in the real world. While I was playing with it I noticed that the battery was at approximately 60%. The time remaining mark bounced between three hourse, when I was playing with iLife Apps and five hours when I was just opening and closing browser windows.

Fast Launching Apps: The 64GB SSD is a little small for my taste, but it adds some serious zip to the MacBook Air. Apps launch almost instantly and are ready to rock before you can even blink. 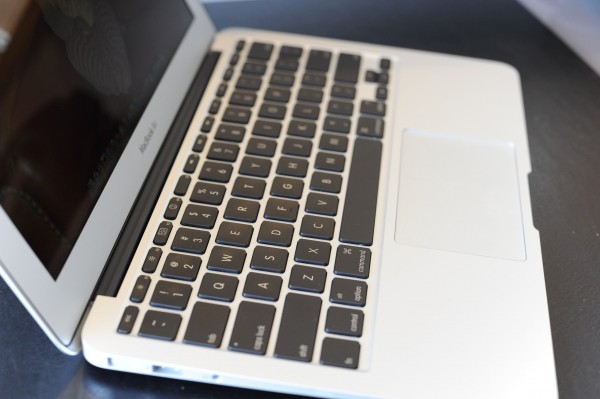 Weight: It weighs 2.3 pound thanks to its slim body and lack of extraneous components, such as the optical drive. It’s also incredibly thin.

As I mentioned above, the beauty of the new MacBook Air is not in its specs, it’s in its user experience. It addresses many of the hassles mobile users experience everyday. There’s a display that’s actually usable in varied lighting conditions and that has enough pixels to get real work done. Guys like me with big hands don’t have to use a tiny keyboard. Its instant wake and near-instant app launching matches up with many consumers’ mobile use cases, such as having to jump online to quickly complete a task or two during a short break at school or work .

At $999, it is very expensive if it’s going to be a secondary computer, but you might be able to justify the expense by considering how much time it can save you. Another thing to consider is the fact that the 128GB 13.3″ MacBook Air, which comes with a faster processor, is only $100 more than the 128GB 11.6″ MacBook Air.

The MacBook Air isn’t for everybody and there are certainly cheaper alternatives out there. I still highly recommend taking a close look at the two MacBook Air models before making your next ultraportable purchase. 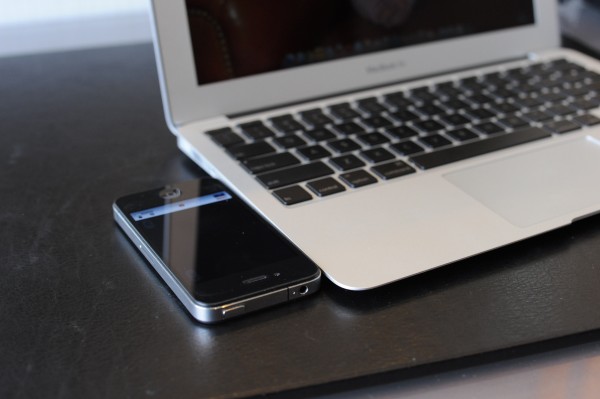