Harman, the company behind the JBL line of speakers today announced its most expensive Lightning speaker dock yet, the JBL OnBeat Rumble as well as a new mid-range speaker called the JBL OnBeat Mini.

The OnBeat Rumble features a 4.5-inch subwoofer that points down to create “thunderous performance.” Unfortunately, Harman doesn’t give many details beyond the subwoofer and the system’s 50 watts of power as opposed to the 30 watts in the Venue LT.

Read: iPhone 5: 4 Speaker Docks That Will Work With Your New iPhone 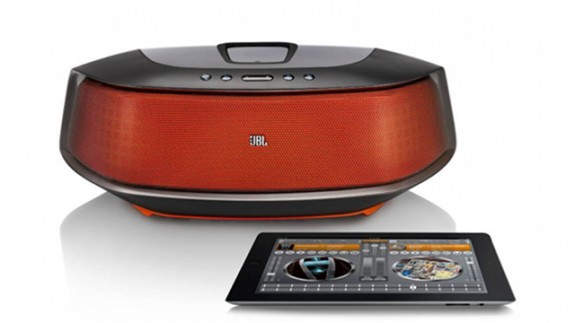 Harman also included Bluetooth in the JBL OnBeat Rumble so users can connect devices without Lightning ports to the speaker. Bluetooth doesn’t produce the best sound possible, but it’s a nice option to have for users who may only have one device with a Lightning port and others with the 30-pin Dock Connector.

The JBL OnBeat Mini costs $149, which is $50 more than the Micro and $50 less than the Venue LT which can also support all sizes of iOS devices. with Lightning ports.