It looks like Verizon is at it again. First, it was (and still is) the carrier’s treatment of the Samsung Galaxy Nexus and now, it appears that it’s going to be giving another Samsung device, the Galaxy S III, and its future owners the same kind of terrible treatment.

To bring those of you out of the loop up to speed, Verizon has completely dropped the ball with the Samsung Galaxy Nexus. Since December, when the phone launched, the carrier has released a grand total of zero updates for the phone. Zero. For a Nexus device. The phone is still on Android 4.0.3 Ice Cream Sandwich while other, lesser devices, are on Android 4.0.4.

Needless to say, Galaxy Nexus owners like myself are frustrated and angered by the situation. And many, like myself, feel let down by the phone and the carrier that it calls home. 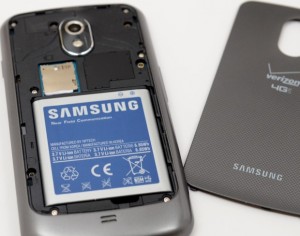 It looks like Verizon is trying to outdo itself with the Samsung Galaxy S III though, a device that it has yet to even announce.

Earlier today, it became apparent that the carrier will be ending its double data 4G LTE plans on June 3rd. The carrier hasn’t confirmed it but multiple sources are saying that that will be the day that the carrier ends the promotion.

If it launches it after June 3rd, and my guess is that it will, it appears that Galaxy S III owners will be stuck with the carrier’s regular old tiered 4G LTE data plans.

In the Land of Sarcasm, that’s called a nice gesture.

I realize that it’s a promotion and that Verizon never said when it was going to end it, but guess what? It’s been going on since February. February. Three full months this promotion has been up and Big Red is deciding that it’s time to end it at the beginning of June?

These data plans could be a huge sell for Verizon, especially if the other three major U.S. carriers in AT&T, Sprint and T-Mobile get the device as expected. After the Galaxy Nexus debacle, Verizon needs something to lure customers in, and double data plans seem like something that could do that.

However, Verizon seems determined to undermine as many launches as it can, (see Droid Incredible 4G LTE, Droid Bionic, Droid 2, Galaxy Nexus, HTC ThunderBolt for further information) so don’t be shocked to see the Galaxy S III launch without access to one of the best things that Verizon has to offer consumers.

Would you buy a Samsung Galaxy S III on Verizon if it didn’t have a double data plan available?