This season HBO has included Interactive Extras, which pop up to allow you to learn more about a character or a moment, like special features that aren’t relegated to a bonus section of the disc.

It just so happens that the iPad is perfectly suited for these Interactive features. The iPad has a 4:3 aspect ratio, which means you have large black lines on the top and bottom of HD videos shot for the widescreen TV in your living room.

HBO figured out a great way to use the black bars to their advantage, placing the Interactive Extras in this space. By pushing the video up to the top of the iPad you get to see the full size video while looking at the extras available, as you can see below. 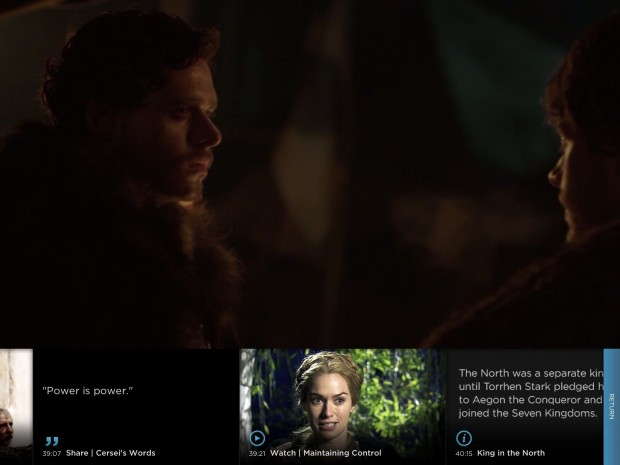 Of course, you can also hide the extras and watch the Game of Thrones with black bars and no distractions if you prefer.

The Interactive features are cool and useful, and by baking them into the HBO Go app, you can look at them when you are watching the show instead of jumping out to a standalone app. By doing so, HBO also keeps the extras to subscribers, not just anyone who downloads Game of Thrones. 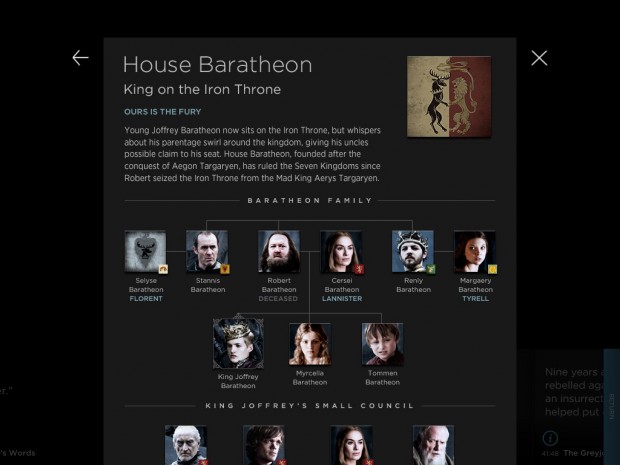 A family tree for Game of Thrones characters is one extra on the iPad.

Unlike many extras, I found the Game of Thrones interactive features are a great added value. I’m working my way through the third book, but being able to see family trees and relationships is helpful in following the complicated plots and family ties. 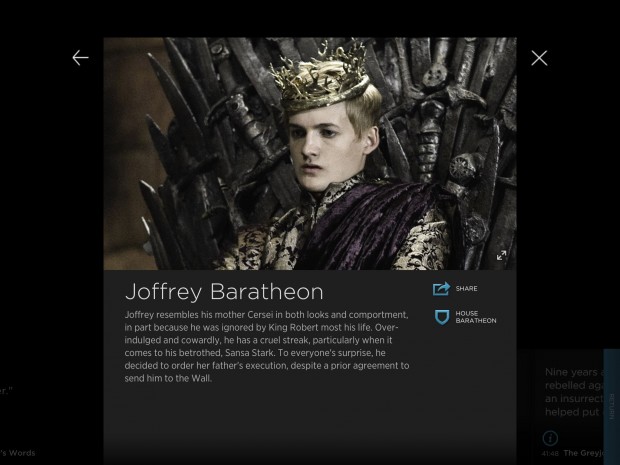 The viewing experience shows how our media consumption has changed. It is almost expected to have extra features and apps for shows, and the added value of character profiles, quotes and behind the scenes features can’t be discounted.

Even if you watched the Game of Thrones on your HDTV, I suggest re-watching on your iPad to check out these extras.