It’s late, but it’s finally here. The HDMI Forum has officially announced the HDMI 2.0 specification, which is capable of delivering 18Gbps speeds. This is fast enough to deliver 3840×2160 (4K) resolution video at up to 60 frames per second. The HDMI Forum says this is “four times the clarity of 1080p video, which is currently the highest-resolution standard out on the market.

HDMI 2.0 also comes with 32 audio channels, as well as dynamic auto lip-sync, so the new specification will be able to carry not only better video, but also better audio. Plus, the new spec uses the same connector has before, so backwards compatibility won’t be a problem, and the HDMI Forum says that current high-speed Category 2 cables will be able to handle the faster 18Gbps speeds, so cables won’t change drastically either.

This is certainly good news for the 4K market, which is slowly making its way into the mainstream after having a huge showing at CES 2013 this past January. New 4K television sets will be able to rock this new HDMI 2.0 spec to give viewers the best experience with plug-in set top boxes and HDMI dongles like the Chromecast. 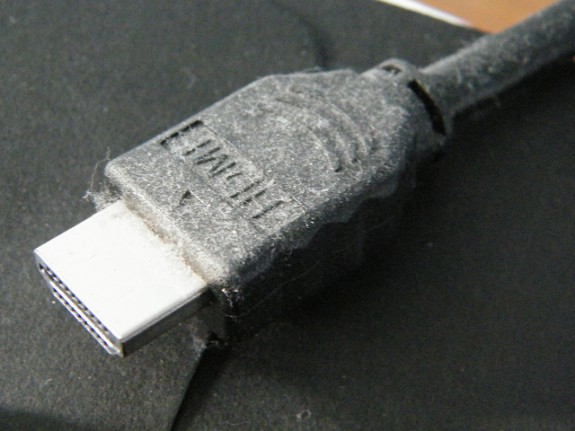 There’s also DisplayPort, which has a big presence as well. It already supports 4K video at 60fps, and is HDMI’s biggest rival currently. However, DisplayPort isn’t as ubiquitous in the television industry as much as HDMI is, but seeing as how HDMI 2.0 was originally supposed to be launched over a year ago, DisplayPort could be making up some ground in the fight. We’ll have to wait and see how HDMI 2.0 takes off, but users should get a much better experience in the living room once 4K and HDMI 2.0 become mainstream.