We’ve all heard the message before: don’t text and drive. In fact, it’s illegal in many states in the U.S., and yet over 50 percent of drivers and over 75 percent of teens admit that either they or someone they know still do it. According to the National Safety Council, over 100,000 accidents are caused by irresponsible drivers who text and drive.

While these numbers sound alarming, at the end of the day they aren’t the least bit memorable. Enter filmmaker Warner Herzog with his From One Second to the Next documentary. In his film, which is available through ItCanWait.com, Herzog puts a human face to the tragedies of texting and driving, showing the victims, survivors, and the culprits of this dangerous behavior. More than that, the film shows the harsh reality of what can happen in a split second of indiscretion and asks users if that text was really worth it, especially when the victims end up paralyzed, brain damaged, or dead.

Distractions on the road will continue to increase as mobile phones gain more functionality. Given the ubiquitous connectivity of smartphones today, users are also feeling the need to respond to messages and calls as they come in, which isn’t the safest thing to do when you’re behind the wheel of a car. And innovations like Apple’s Siri and iOS 7 in the Car and Google’s Now voice search will attempt to minimize distractions, it’s still ultimately the responsibility of the driver to use these tools in a safe manner, which could mean pulling over to the side of the road even to use voice dictation to reply to a text message. 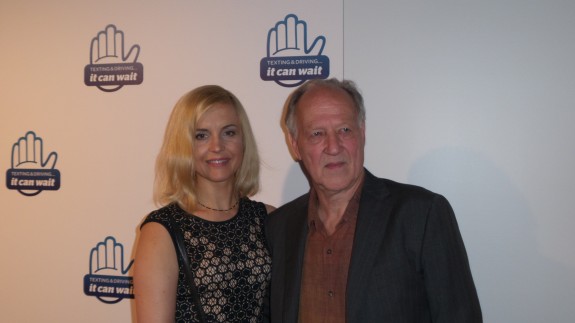 Filmmaker Warner Herzog at the Los Angeles It Can Wait campaign.

Though From One Second to the Next seems a bit dramatic at the beginning, Herzog does a great job in providing a balanced perspective switching from the views of victims and survivors to culprits of texting and driving. Herzog shows how their lives have all been changed for the worse, and yet the resilience of human spirit encourages these people to become spokespersons for the campaign.

And as we have seen in the film–link embedded above–it’s not just about responding and tapping on your smartphone that makes texting and driving dangerous. One young man’s life was forever changed when he merely glanced down at his phone to read the message, showing that the dangers of texting and driving are all too real.

Led by AT&T Mobility, the It Can Wait campaign is backed by all four national carriers including Sprint Corp, T-Mobile US, and Verizon Wireless. The national premiere was supported by Hollywood celebrity, including the young Hollywood crowd, like musician Ryan Beatty and the cast of the Power Rangers. These celebrities hope that by lending their name and fame to the cause, they can influence their fans to not look at nor respond to text messages while behind the wheel, or at least pull over into a safe place to do so. 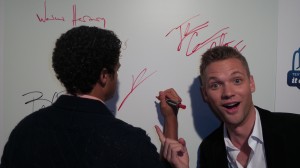 I spoke with AT&T Mobility spokespersons Meredith Red and Georgia Taylor at the premiere in Los Angeles, California who said that the aim of the It Can Wait Campaign is to try and change the mindsets of drivers. The goal is to make Herzog’s documentary a part of teen driver education in the U.S. by showing the film in high schools across the country.

After having watched the film, I have personally taken the pledge to not text and drive. I encourage readers of GottaBeMobile to do the same through the ItCanWait.com website and to learn more about the dangers of using a mobile phone on the road. And while each pledge and signature represents one step to a safer roadway, for our streets to be truly safe we really need to encourage everyone to go and take the pledge, one driver at a time. 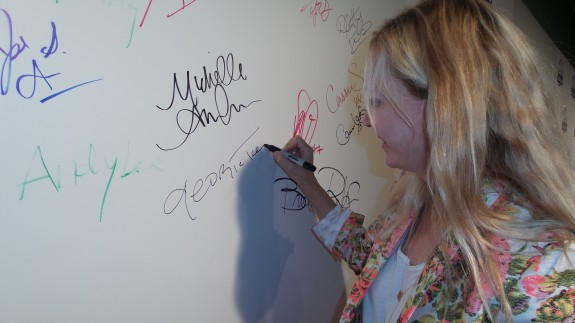