Just a quick short post here to express some frustration. Actually, I’m not sure I’d call it frustration as much as I would call it being puzzled. This is the week of big mobile announcements from Nokia, Motorola, and Amazon (still to come). All with the intent of introducing new mobile products that will hopefully entice you to spend your holiday dollars with them instead of Apple.

There’s only one problem. With two out of three of the big announcements down, there’s no products shipping just yet. The same could be said for Samsung and its latest phone. Even more puzzling, Motorola, which is now a part of Google, is shipping its new phones with Ice Cream Sandwich, not Jelly Bean. Nokia strikes me as more puzzling though. The hardware it showed off looked impressive. Only problem is Nokia has to wait for Windows 8 Phone (or whatever it will be called) to ship before it can sell hardware. Really? 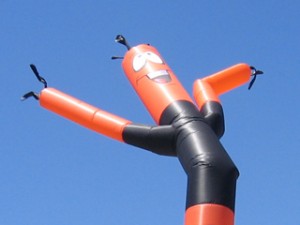 Call me crazy here, but this looks like a combined case of the old PR razzle dazzle where they jump and down and wave their arms up in the air, hoping to divert your attention away from the other guy. Only problem is, the other guy in this case has a record for shipping product shortly after an announcement.

It’s not like we haven’t seen this before and way too often. But don’t you think folks would start to at least get somewhat of a clue? Especially, when it looks like Apple might be ripe for losing some market share this time around. But then, if a customer can’t find a way to put money in your pocket, you walk away with empty pockets.

As I say, this is both frustrating and puzzling.