High Prices May Push Consumers Away from Intel, Windows 8 Tablets 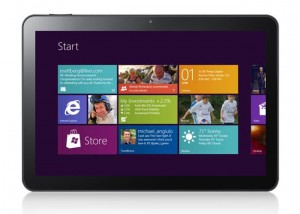 Both companies are struggling with arriving with an appropriate pricing strategy as Windows 8 looms closer to release. If Microsoft and Intel lower pricing for the tablets, the conundrum is that the strategy may cut into pricing for traditional PC sales, thus lowering the profit margins for its hardware partners. As such pricing for Microsoft-Intel Windows 8 tablets may hover in the $600-$800 price point.

As for Intel and Microsoft, the sources pointed out that Intel and Microsoft are also struggling since if Microsoft drops its Windows 8 and Intel drops its Clover Trail-W prices, although the strategy could help raise Wintel-based tablet PC’s market share, it could also seriously damage pricing in the PC market and bring down their gross margin performance.

The problem here is that Microsoft isn’t relying on a separate mobile operating system for its Windows 8 tablet and is using the same Windows 8 platform for both traditional notebooks, laptops, netbooks, and PCs as it is for tablets. With iOS and Android setting the prices for consumer-grade tablets–especially Amazon Kindle Fire’s $200 price point–consumers will be expecting lower priced tablets from the Microsoft-Intel tablet camp.