It looks like the success of the Nokia Lumia 900 for AT&T’s 4G LTE network in the U.S. is a double-edged sword for Nokia, which is struggling to not only meet demand Stateside as it hopes to re-enter the U.S. market, but shortage of the device is forcing Nokia to postpone launching the flagship Windows Phone in other markets. It is reported that the Lumia 900’s launch dates in the UK and in the Philippines have been pushed back. 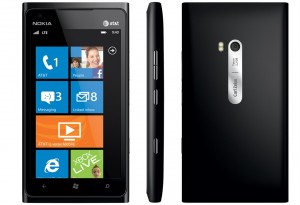 The launch of the Lumia 900 in the UK is now said to be delayed until mid-May and despite throwing some launch parties in the Philippines, both the Lumia 610 and the Lumia 900 won’t be arriving in that country this month.

Electronic Pulp is reporting that the delay of the Lumia 900 could be blamed on high demand for the smartphone in the U.S. while the launch postponement of the Lumia 610 is due to several Philippine carriers not wanting the lower-cost 610 to enter the market–those carriers already offer the Lumia 800 and 710 and do not want a lower-cost competitor from Nokia to the Lumia 710.

Right now, it’s unclear if the Lumia 900’s delays would be affecting other countries and other geographic regions.

When I had spoken to Nokia U.S. reps, I was told that there will be several versions of the smartphone available. In the U.S., the phone has a quad-band 3G radio and 4G LTE radio that’s compatible on AT&T’s network. Other countries may see the Lumia 900 launch with only 3G radios or with LTE radios that are specific to that country’s carrier.