The first version of the application is available to all Windows Phone users for free. It includes the ability to capture photos, and then apply different lens and filters to them for an added artistic effect. Users can then upload these photos to Hipstamatic’s online community, or Instagram. 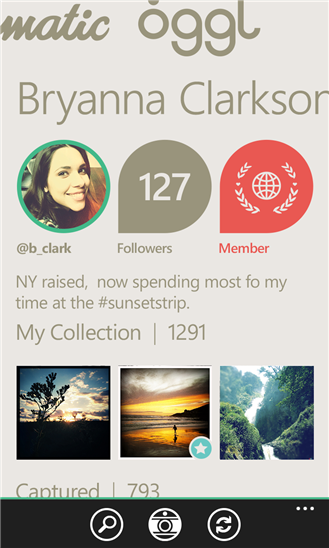 That last bit is key since Windows Phone users still don’t have access to a full Instagram client. To the platform’s credit, third-party applications like Instance have managed to fill the gap by providing rudimentary access to Instagram, however these apps still pale in comparison to the Instagram clients on Android and iOS.

The second version of Hipstamtic Oggl, called Hipstamatic Oggl Pro, is actually an exclusive for users who purchased the Nokia Lumia 1020. This version of the application is designed to allow users to take advantage of the 41 megapixel PureView camera sensor built into that device.

The Nokia Lumia 1020 also debuted today in the United States as an exclusive to AT&T. Its custom software layer allows applications to communicate with its camera in ways that other Windows Phones simply can’t, as shown by Hipstimatic Oggl Pro.

There is still no word on when a true Instagram client might hit Windows Phone. Since launching its 2instaWithLove campaign earlier this year, speculation of a native Windows Phone client has swirled, however nothing has materialized yet.

Neither of these two applications will allow users to browse their Instagram feed.

Read: Nokia Tired of Waiting for Instagram for Windows Phone

Instagram is already available on iPhone and Android free of charge. Until today, Hipstimatic Oggl was exclusively available on the iPhone.