HMDX announced new Bluetooth speakers at CES 2013, adding the ability to pair speakers for stereo sound, a rugged speaker and a Jawbone competitor.

The HMDX Jam Plus Wireless Speaker looks very similar to the newly-named Jam Classic, but allows users to use two Jam Plus devices together for stereo sound. The Jam Plus also comes in multiple color options.

A single Jam Plus can also stream mono music over Bluetooth, just like the Jam Classic. The Jam Plus will release in Spring for $59.99. 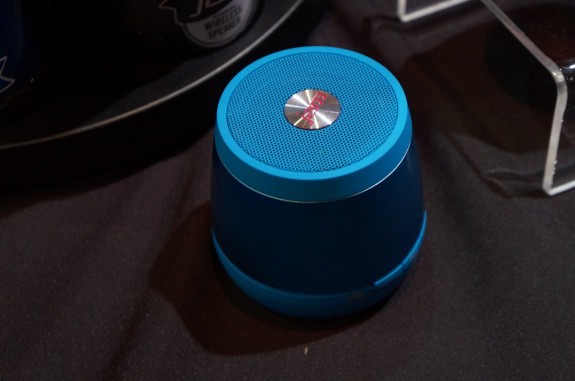 For adventurous users HMDX has the Jam XT Extreme Wireless Speaker. The Jam XT carries an IP64 rating which means it’s splash-, drop- and dust-proof. The Jam XT also includes a carabiner so users can hook it to their backpack or anything else while outside. The Jam XT can only play mono sound like the Jam Classic, but it’s a better option for users who want to use their Bluetooth speaker outside of the house.

The Jam XT will sell for $69.99 when it come to market this spring. 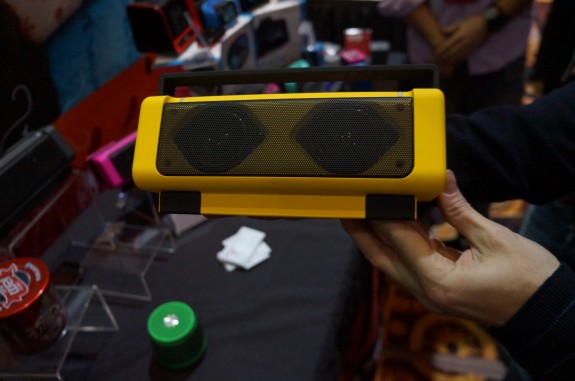 HMDX also has a new Bluetooth speaker to compete with the Jawbone Jambox called the Jam Party Wireless Speaker. The Jam Party is a Bluetooth device with four stereo speakers tuned for “superior bass performance.” The Jam Party also comes with a handle so users can carry it around easily.

HMDX claims the Jam Party will last eight hours on a single charge, compared to the four hour battery-life of the other Jam speakers. It will sell for $119.99 when it goes on sale early this spring.

To round out the lineup of Bluetooth devices HMDX also introduced a new pair of Bluetooth headphones called the Jam Fusion. The Jam Fusion can connect to any device that uses Bluetooth and can playback music for up to six hours. It also includes a microphone for calls as well as the ability to connect to another Jam Fusion to share music with a friend.