The Wall Street Journal published an article about how some homeless San Francisco residents stay connected. Some use computers at libraries and shelters, but not Michael Ross. He has an HP dv9000 series notebook, four external drives, 3G service, generator, Netflix and Blockbuster subscriptions.

Mr. Ross connects his laptop computer to the generator. He can go online using a PC card that provides wireless Internet access. Mr. Ross spends about $4-$5 a day in gas for his generator, and can spend as much as $66 a month for the Internet access. 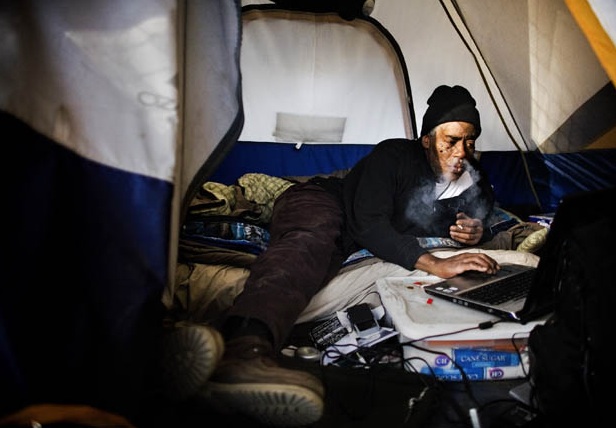