Many iPhone (and other smartphone) owners walk a thin line of dread that one day they may drop their precious and break it. That’s why the smartphone case business has two large segments. There is the vanity case market segment for those who want to dress up a device beyond any recognition of the design that was meant to attract attention in the first place. And then there’s the folks who armor up and slap their iPhones in cases that look like they could survive a small explosion much less a fall. 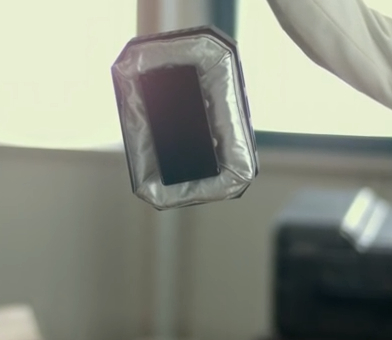 We’ve heard of air bag like plans and patents for iPhone cases from folks like Jeff Bezos before.  Maybe that will show up as standard equipment on his delivery drones. But in the meantime, it looks like some engineers at Honda have been working on some rather large prototypes of an iPhone airbag. If your phone takes a dive, sensors deploy air bags, and everyone has a happy landing. Check out the excerpted video below:

It’s obviously still early yet and the design could use a little tweaking. But can you imagine if one day our mobile devices had this kind of protection?

Here’s a link to the full video.