The question for potential buyers of either the Microsoft Surface Pro 3 or an Apple MacBook Air 13-inch is whether Microsoft offers a fair comparison. Are the Surface Pro 3 commercials fair? Or does Microsoft gloss over their product’s weaknesses to make the Surface look more favorable? After all, everyone knows a Mac has better hardware, right? We’ll do an in-depth comparison of the two systems after months of use of a Surface Pro 3 and a MacBook.

Are the Surface Pro 3 Commercials a Fair Comparison? 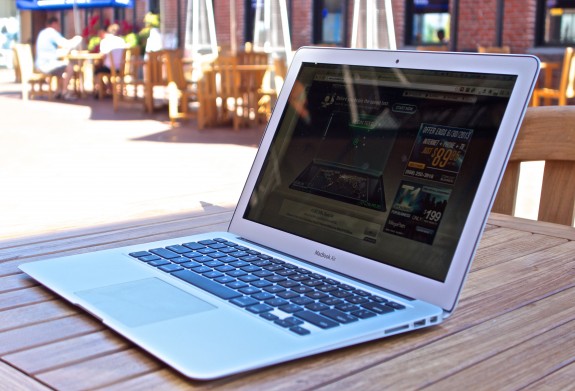 After using both systems, I think this is a good comparison, because both machines offer similar hardware specs for the same price… with one exception. The $999 Surface Pro 3 doesn’t include the Type Cover. That adds nearly $130 to the price, making Microsoft’s machine more expensive. Still, this is a good comparison, even though each machine comes with its own set of strengths and weaknesses.

Let’s take a look at the most important specs.

Here's a comparison of the tech specs of the Microsoft Surface Pro 3 and the Apple MacBook Pro 13-inch with Retina Display.

A few things stand out in this side-by-side spec comparison. 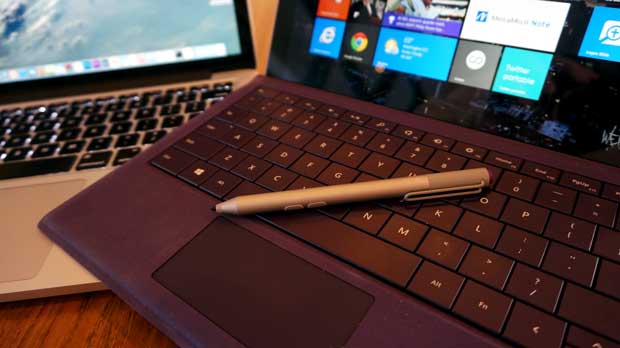 The last thing on the above chart makes the most difference. The Surface Pen works great. The pen makes taking handwritten notes, drawing and touching up photos a real pleasure compared to connecting an art tablet to the MacBook Air. Users can install Adobe creative software and do more with the pen on the Surface than they can on the Air without buying additional hardware, like a Wacom tablet. People who use art tablets like Wacom’s a lot can master them for this kind of work, but inking directly on the screen makes the user more proficient quicker. 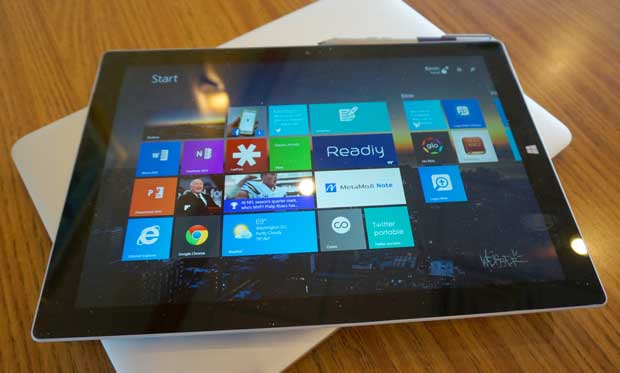 Who Has the Better Hardware?

It’s hard to answer that since my MacBook Air lasted over three years without a problem and I’ve only used the Surface Pro 3 for three months. However, they compare favorably.

The Surface Pro 3 comes with an aluminum construction and a high-quality screen. The device feels like a high-end machine with some useful features worth the $1130 price (with the keyboard). The kickstand on the back holds the tablet up at high angles for viewing movies or showing off pictures to a friend. It smoothly lowers the angle to use the tablet for typing on-screen. Touch responds well and the Surface Pen feels good in the hand and writes smoothly and accurately.

The MacBook Air keyboard and touchpad are clearly superior to the Surface Pro 3’s Surface Type Cover, which is covered with felt on the back and around the keyboard and wrist rest. The keyboard includes the horrible Surface Pen loop that seems like an afterthought. It makes me wonder if someone forgot to think of a way to hold the pen to the tablet until the day before they announced the Surface and someone’s mom grabbed a scrap and made a loop and glued it on the keyboard with her glue gun. It’s the only terrible part of the system.

One of the Surface Pro 3 commercials makes a big deal out running Adobe Photoshop on the tablet. That’s big plus in comparison to the Apple iPad Air, but the MacBook Air runs the beefy photo editing app just as well.

This one point of comparison seems to highlight Microsoft’s strategy with their ads. Microsoft doesn’t seem to mean that the Surface Pro 3 works better than a comparably priced MacBook Air in most things. Instead, they seem to say that it’s every bit as good in all areas, except one. That being the combination of the Surface Pen and touchscreen display. I have to agree. 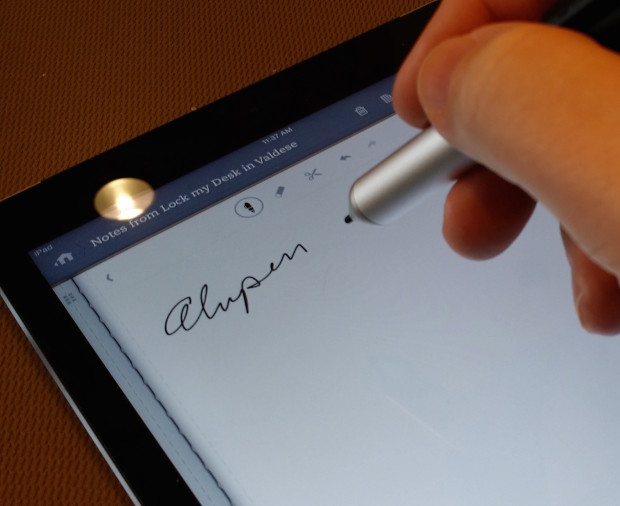 Apple customers need to wait till Apple releases a MacBook Air with a Retina display to get a similar resolution available on the Surface. They’ll also need an iPad Air, plus one of the great iPad styluses like the Adonit Jot Script Stylus Evernote Edition or Alupen Digital. The added Retina display will likely increase the cost of the MacBook Air, considering Apple charged a premium for the Retina Display on the MacBook Pro before discontinuing the non-Retina version. The other option is to get a MacBook Pro with Retina and an iPad Air or an art tablet. However, Surface customers have to buy the keyboard to, which adds cost making it more expensive than the MacBook Air.

How many people really care about using a touchscreen on their laptop or want a fine-tipped stylus to write on their display? If you’re not one of them, then the MacBook Air is a great option. If you care, then the Surface Pro 3 will serve your well.

We didn’t even cover operating system. Windows 8.1 feels like an awkward OS and Microsoft all but admitted so by addressing the Start Screen in the upcoming Windows 10 announcement recently. That’s easy to solve in Windows 8.1, though, with an app like Classic Shell, which skins the Windows 8.1 user interface to make it look and act more like Windows 7.

I’m a fan of Apple’s OS X operating system, but Windows 8.1 with Classic Shell works great and doesn’t detract from the experience enough to keep me from enjoying the Surface Pro 3.

Given the touch screen and Surface Pen, the Surface Pro 3 adds enough to the user experience to make it a worthy competitor to the Apple MacBook Air. The Surfface plus the keyboard costs more than the MacBook Air, but the higher resolution screen and touch makes it more versatile. So, we think the Microsoft ads are fair.