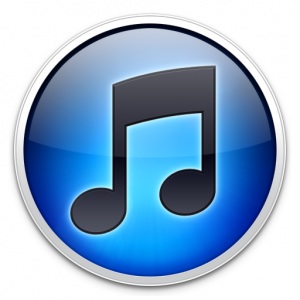 Though Apple had historically balked at the idea of a music subscription service in favor of a la carte pricing by the album or track, its latest venture into the cloud-based streaming service to compete with tech titans like Amazon and Google may move Apple just one step closer to subscriptions. Unlike some of its rivals, which have gone rogue without the blessing of the music industry, Apple is leveraging its dominance to etch deals with record labels, and its cloud-based services will be more seamless and easier to use than Amazon’s Cloud Player and Google Music, but it will cost a fee.

Unlike it srivals, Apple won’t force users to upload copious amounts of songs from their music library to the cloud, which would require a lot of effort for those with an enormous music collection. Though those services–Google’s is in beta and provides storage for 20,000 songs and Amazon starts out at 5 GB, though the company routinely offers a free 15 or 20 GB extra with the purchase of a song or album from its stores–offer free storage, the amount of work to build a library of songs in the cloud may not be worth the effort, and Amazon at least recognizes that and offers free storage–which doesn’t count against your allocated quota of space–for songs and albums that users purchase through its own service. Apple, instead, would scan a user’s library and automatically create the online library for users.

If Steve Jobs were to take the stage today and announce it, he’d say–to paraphrase previous Jobs-isms–it’s magic. Indeed. If users have low quality songs in their iTunes library on their desktop, Apple would replace those with higher quality tracks. Even your illegally downloaded tracks, circa Napster early days, would get replicated in the cloud with high quality audio.

In order to do this–and simultaneously gain the blessing of the labels–Apple may have to inch closer to a subscription model. Technically, it’s not a subscription model, but the cloud storage would cost a fee. It’s unclear if pricing would be separate for this–pay a fee, use it for a year–or if iCloud, as the service has been elegantly nicknamed ahead of its launch, would be part of the larger $99 per annum Mobile Me cloud services, which currently allows users to have calendar, email, photo storage, documents storage, and webpage creation.

Essentially, Apple’s service not only makes it easy for users–scanning the iTunes library and replicating its contents automatically in the cloud–but also provides a way for music labels to recover some lost costs as users had turned to peer-to-peer services, like the early days of Napster, to download their content illegally.

Often times, Apple isn’t the one that’s first to market, but its thoughtful attention to details and the user experience often makes it the leader. It wasn’t the first to create an MP3 player, nor a smartphone or tablet, yet its understanding of user needs and demands helped it create iconic, market-leading products. I think the ease and simplicity of an iCloud service that is being speculated by Business Week would help Apple leapfrog its rivals, despite entering the game later than them.

Apple’s marketing would probably have to carefully position its iCloud service as a fee-based storage solution, rather than a subscription service. Though the service will theoretically allow, as rumored, users to get any content they want, even if they don’t currently own the license for that, it’s not a true search and play solution like Microsoft’s Zune music services. Rather, it’s just re-building what you have in a different location–and what you’re paying for is that location–and users would still need to purchase their songs or albums a la carte through iTunes as they already do now.

The service could be announced as early as WWDC, though Apple may wait until the Fall when they have their traditional music-focused announcements.