These days most of the projects and stuff I’ve got swirling around my brain is being organized and stored in MindManager 8. I love the program because of the way I can creatively organize buckets of information around how I think and work, and how it lets others organize around how they think and work. Since they sell both PC and Mac version, I can keep working on the same map across both platforms.

Here is a sample of my current “Stuff” map. I normally operate in the “Now” bucket. The “Now” bucket are things of the highest priority or things I plan on accomplishing within the next day or two. When I’m finished, I’ll mark   them as done (normally by using the Strike Through font treatment), then move them to Finished. I’ll then drag things up from the “Next Up” bucket to the “Now” bucket in order of priority. Stuff in the “Later” bucket are several weeks to several months out.   I’ll do general brainstorming in the other categories and then move them around as I need to focus on them.

How do you keep on top of all the stuff floating around your head so you don’t lose track of all that you have / want to do? 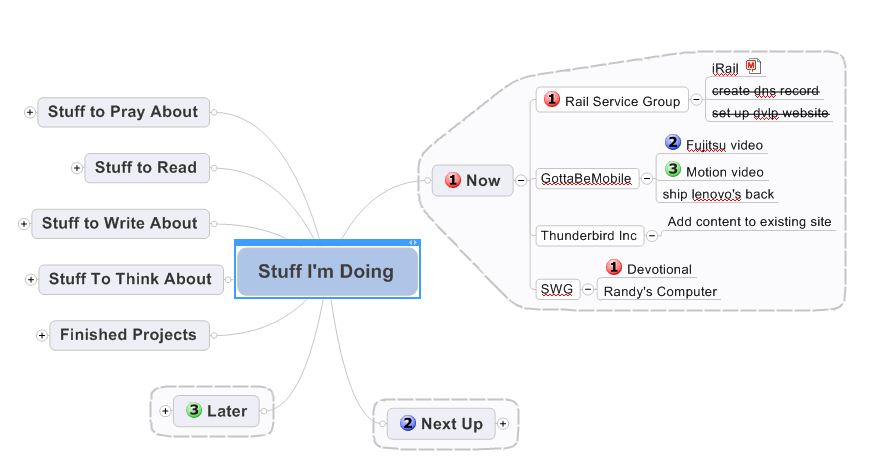