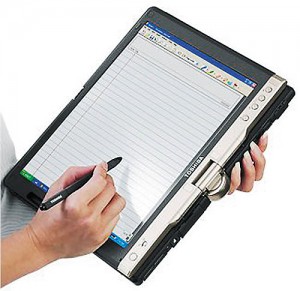 Microsoft has found itself struggling to remain competitive in the tablet PC market that it helped to usher in with limited success and is now being dominated by market-leading Apple iPad. The Redmond, Washington software giant is trying to change course, and perhaps take an Apple approach into trying to control the hardware and software experience to guide development of tablets running its Windows operating system to a better end-user experience. The move is risky and could pay off in the long-term but Microsoft risks alienating hardware-makers and partners right now as it takes a hands-on approach.

To be clear, Microsoft will not be creating tablet hardware. It is, however, starting to mandate certain minimum specs for its tablets, which is upsetting hardware partners like Acer, whose CEO JT Wang says, ““They’re really controlling the whole thing, the whole process,” noting that the move is being perceived across the industry as being “very troublesome.”

It’s not out of character for Microsoft, who has remained pretty laxed with hardware-makers to forge their own destinies in the past, to clamp down and take control. The software-maker began to implement ‘recommendations,’ as it calls it, or rather minimum specs guidelines, for smartphone partners who were looking to build on its Windows Phone 7. These recommendations are known as ‘chassis,’ where specs such as minimum megapixel count for cameras, 1 GHz Qualcomm Snapdragon CPU, screen size and resolution, and other experiences are carefully chosen by Microsoft for use on Windows Phone 7 devices, creating a more uniform experience on the mobile OS regardless of which phone from whatever manufacturer a user chooses.

On the tablet arena, in the past, there were high-end enterprise-class tablets from companies like Dell and Lenovo, which offered the high-end Intel processors that was capable of handling anything that you can throw at a typical notebook system. Those machines have downsides, as well–like the laptops that they aimed to replace in the past, they consumed power and resulted in shortened battery life and high price tags limited their adoptions. More consumer-centric Atom-based tablets, which contains the guts of a netbook and mostly come with a resistive touchscreen rather than an active digitizer to save on costs, sacrificed performance in favor of achieving lower price points and longer netbook-like battery life.

With minimum specs for tablets, Microsoft may be beginning the process of defining two separate categories of devices–the tablets, which may occupy the high-end of the market with Intel Core processors–and entry-level slates with their netbook-like guts. By creating marketing monikers, consumers can reliably know what to expect in terms of performance, battery life, and price before even researching the models.

Aside from processor type and speeds, RAM, hard drive or SSD configurations, and other basic hardware specs, there is still room for standardization that would eliminate consumer confusion when they look at the ‘tablet PC’ of today. Experienced veterans of GBM would know how to evaluate a tablet, but to the novice consumer who may be more familiar with an iPad, the Windows tablet may be a daunting category that some may not want to tackle and may settle for an Android or iOS tablet instead.

An area that the company should look into standardizing is the display’s input. With a tablet, there are mixed expectations on what to expect on a display. Should it have an active digitizer or a resistive touchscreen enabled by a simple plastic stylus? Can it simultaneously handle touch and pen at the same time, or do users have to choose between those two screen technologies? While many tablets today offer users both, at least on the high end ‘tablet’ category, choices for touch input, some with outdoors-viewable display sacrifice the multitouch display for the option to read the screen in sunlight so the pen is the lone screen input method.

Then, there’s the user experience. Microsoft may begin to implement elements of its Metro UI with the Tiles interface found on its Windows Phone 7. Currently, various manufacturers offer different apps, overlays, UIs, and widgets on tablets, UMPCs, and portable MIDs running Windows. Switching from a Viliv UMPC model, for example, to a Lenovo ThinkPad tablet is night and day in terms of the UI customizations.

Microsoft is expected to debut some of the tablet enhancements at the All Things D conference and some tablet initiatives may be made known at Computex going on this week.

Further contributing to fragmentation would be how Microsoft will handle Windows, slates and tablets as they integrate support for ARM chipsets in addition to the tradition x86 chips from Intel and those from AMD. Some speculation is that legacy Windows apps may not run on the ARM chipsets and may still require Intel chips to support. The software-maker may showcase the latest Windows interface running on NVIDIA’s ARM-based Tegra chip design this week according to Bloomberg sources.