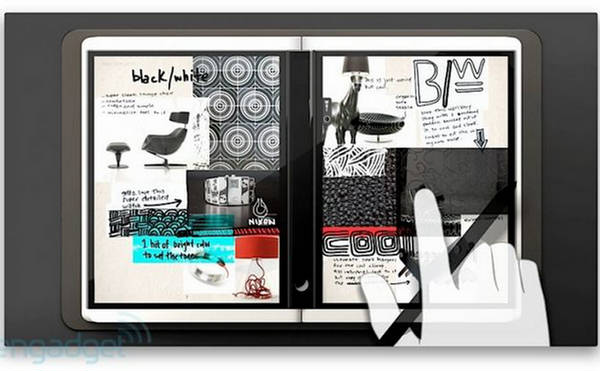 Remember the Courier? Perhaps the single most exciting concept that many thought was going to come out of Microsoft since, well, since the original Tablet PC. OK, Tablet PC folk thought that about the original Tablet PC but many others didn’t. But the thinking was different for the Courier. When Gizmodo broke the story about the Courier it excited quite a few folks. The timing made the environment ripe for that kind of product excitement. Tablets as we know them today were still just a “unicorn” as many thought back then. The iPad wasn’t the iPad then.

Seemingly out of nowhere, Microsoft pulled the plug on the Courier. And of course the rest is history.

CNet’s Jay Greene has a very interesting post up called “The inside story of how Microsoft Killed it’s Courier Tablet” that delves into some of that history and as the title says purports to have some inside info on how the plug got pulled. It is well worth a read even if its conclusions aren’t all that startling for those who’ve followed Microsoft for any period of time.

According to the post, this came down to a battle between Microsoft’s bottom line counters. Under the leadership of J Allard the Courier was apparently not geared towards the same old same old at Microsoft, meaning that it didn’t run Windows or Office. The dual screen device was geared towards creative types and was being pushed as a new device category. Steve Ballmer had a choice to make between that approach and the Windows way, headed up by Steven Sinofsky. To try and get a handle on things, Ballmer brought Bill Gates back in to check things out and he apparently had “an allergic reaction” when told that Courier users would get email via the web instead of via Outlook.

That sealed Courier’s fate. Microsoft’s bottom line lives and dies on Windows, Office and the Enterprise. Apparently their wasn’t vision enough to see past that and the decision was reached to pull the plug a few weeks after the original iPad was launched.

According to Greene there were over 130 members on the Courier Team, which certainly means there were resources devoted to the vision of The Courier. Greene’s post goes into depth on some of the players and somewhat into the development of the device and the strategy behind it. Theoretically we should all be amazed if Microsoft didn’t devote these kind of resources to these kinds of products, even if they don’t make it to market. Question the motives, as we all do, but certainly it could be argued that Microsoft’s decision to stick with the bird in its hand rather than look at those in other bushes fits its history and corporate culture.

Greene promises a second post tomorrow with more info on the death of The Courier.