How Much Does Size Matter in the Tablet/Slate Universe? 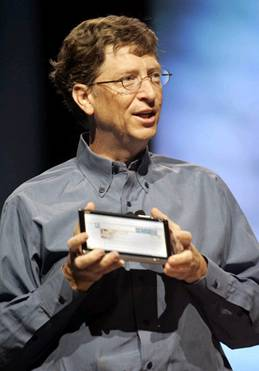 With fresh rumors that Apple might be readying a 7 inch Tablet/Slate for the end of this year beginning to heat up there are some that say that this would crush much of the competition for Tablet/Slates and also eBook Readers. I’m not sure I buy into these rumors for the simple reason that it would risk segmenting a market that you currently own where you’re selling a million units a month.

But on the other hand, it can easily be argued that there is no Tablet/Slate sweet spot when it comes to size. From smart/super phones to Tablets we’ve seen sizes released and promised that have a range of screen sizes. The latest wave of smart/super phones with their large screens (4 inches) can almost be described as a Tablet/Slate. It’s too early to tell if the Dell Streak with its 5 inch screen will gain traction. There were quite a few early iPad reviews who said the device was just a bit too big.

So, in the short term future we’re going to see a market with different size screens and perhaps that will be the case moving forward for some time to come. I don’t think that’s a bad thing for the consumer, but it may cause developers some headaches down the road. I’m just wondering what the decision points are when it comes to deciding on which size of screen to bring to market. Are they purely technical? Is it easier to make these complex touch screen devices at a smaller size? Is there data out there that says the markets want 5 to 7 inch screens? Are we aiming for that Haiku pocket-sized device? Certainly handhelds (cell phones) have become powerful enough to be called computers these days. Interesting questions as the Tablet/Slate world continues to evolve.

What’s your thinking on screen size? Use the poll below but also leave a comment as to what your druthers are.