How much, or how little, should a Tablet cost? 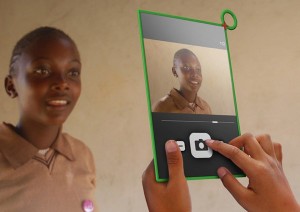 I remember early 2010 before the iPad turned into something more than a longstanding rumor. A lot of people were interested to see what Apple could do to jumpstart a tablet PC industry that to date had only drawn interest from a handful of tech enthusiasts. Sleek design, intuitive features and mass market appeal went a long way, but what blew away a lot of people was the $499 starting price point –and maximum $849 USD. Even the highest price point existed, on par with the projected sale price of the new Motorola Xoom, if you asked someone how much an iPad costs most would say “$500”.

What about the New Guys?

With that in mind, can new devices compete in the consumer market when their starting price points are so much higher than Apple’s? A lot of the excitement surrounding the Xoom was tempered when media found out it would ship at $799, with a WiFi only model available for $600. Ultimately the higher price may not be entirely their fault; it even shows that they’re trying as the Galaxy Tab only manages to get under that magic $500 price point with a contract through a mobile carrier. At that math I often wonder if Nicholas Negroponte, and his “delayed” $75 Tablet will ever get to market. Although it’s an unfair comparison, as One Laptop Per Child (OLPC) has very different intentions in life, but will they not succumb to the same “cost of build” issues?

And it’s not as if Apple takes a hit on profits. I believe Apple likely makes the same amount of profit as Motorola, Samsung, RIM, HP and LG are likely to make with their new tablets. The difference is in the economics of scale, i.e. the identical processor, RAM and screens they use (just to name a few components) will cost Apple less than other manufacturers due to the sheer volume Apple guarantees/commands. Apple have a worldwide brand they can mobilize to sell those products and now that Apple has taken such a commanding lead in the early tablet market they can afford to keep their price points low going forward.

The cost of components often means that unless a manufacturer plans well in advance, and secure stockpiles of key components, they may struggle to be competitive on price. Apple’s moves in January to invest $3.9 billion in long term contracts for certain components show what a company with so much cash and an existing market so large can afford to do in shoring up its competitive advantage.

The cost of components is always shifting and so too will profit margins for these companies. I haven’t even touched on variable overheads, currency conversion and many other factors. Ultimately I’m hopeful that pricing will not harm companies that aim for innovation in the tablet market. Companies like Motorola and Samsung need to make a profit to stay in business. They cannot afford to cut their margins too thin just to compete with lower priced devices.

As consumers, we need to remain supportive of advanced/alternative technologies, especially if we ever want their prices to drop. Unless those technologies also develop a strong following, other companies will never have the leverage needed to make the same investments as Apple. Granted, the device needs to be justifiable at whatever price – I’d never recommend overspending, and since the global financial crisis not many have that luxury anymore. I do however want a conversation around pricing in the hope of discovering at what price point do certain features seem fair, or unfair.

So how much should a new tablet cost?

I feel that functionality dictates a lot of the cost. An entertainment focused device like the iPad or Galaxy Tab should cost what a reasonable consumer can afford to pay – $500 seems to be the magic number. But, larger, more powerful tablets can and should be able to sell for slightly higher price points. What that number ends up being remains to be seen, but as long as consumer interest is there, hopefully it will remain low enough to be affordable. I’ve never been a supporter of demanding more for less as it often comes with hurried quality control, reduced functionality, poorer distribution and worst of all often compromised after-sales support.

I find it ironic that a Tablet is now promoted with “pen features” as a top-of-the-range device and with a top-of-the-range price tag and yet a Tablet was born out of the desire to replace pen and paper. So it isn’t the demand to reduce functionality which has caused us to see less of what we desire, but the desire to reduce price which has caused us to lose sight of what’s important. It’s a behavior we often suffer for as larger global enterprises are empowered by users buying this way, and smaller perhaps as innovative companies are less heard.