One of the coveted features of recent Motorola smartphones–including the Moto X and the Droid Ultra, Droid Maxx, and Droid Mini series–is a new notification screen that replaces a blinking LED to quickly alert you that you have an awaiting notification and what that notification is. Now, a third-party Android app available as a free download from Google’s Play Store titled ActiveNotifications brings much of the functionality of the Motorola-developed Active Display feature to any Android phone.

Originally, due to the way that Android 4.3 was built, ActiveNotifications was only made to work on Android phones running Android 4.3, but it looks like the developer is now successful in bringing this notification screen to older versions of the Android OS as well.

On the Droid Ultra, for example, when the phone isn’t in use, the screen is dark. However, if you pick up the phone, the notification screen automatically turns on to display the time and date. According to Motorola, automatically displaying the time on this screen when the phone’s accelerometer senses that the phone is being picked up will help save battery consumption on an AMOLED-based display since the whole screen doesn’t need to be lit up. After all, recent studies suggest that consumers check their phones between 60 to 120 times per day on average, so the feature at the very least adds convenience.

If notifications come on, it would be shown on the same screen with white text and graphic lit on top of a black background. Because AMOLED-based displays don’t consume power when showing black, the large portions of black on the display means that very ltittle power is consumed. Here, when a user picks up their phone, or if they glance at the screen when the notifications come in, they’ll see an icon for the type of notification, making it easier to determine if the awaiting notification is for a missed call, text message, Facebook alert, or Twitter mention. 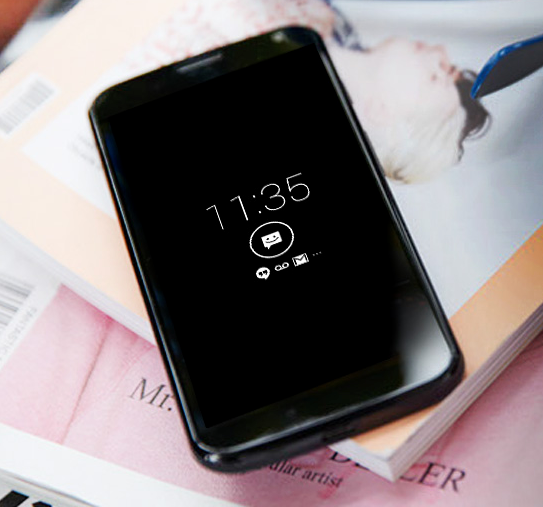 This third-party app, which is available for free though a premium $0.99 version adds even more features, replicates much of the functionality of the Moto X’s Active Display screen. I tried the app on my Samsung Galaxy S4 Zoom, which has a qHD resolution Super AMOLED display from Sasmung, and it works fine. The major difference is that unlike the Active Display, which gets activated to turn on instantly when the phone is picked up, I would need to turn the phone’s screen on for the notification to pop up.

Like Active Display, ActiveNotifications, will allow users to swipe up to access the notification or swipe to the side to dismiss it. 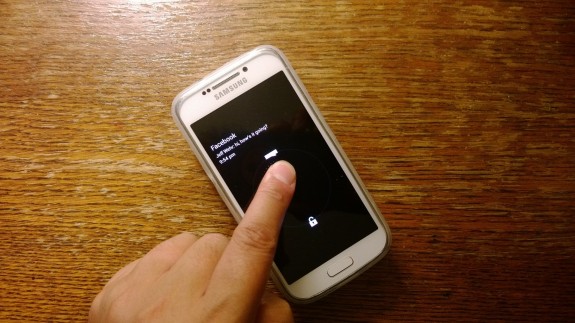 Once ActiveNotifications is installed on your Android phone, you can configure what type of notifications will show up. You can limit notifications to core phone apps, or extend them so that other apps can alert you via this handy notification screen that can be accessed by turning on the phone’s display when the phone is sleeping.

The Moto X will be shipping on August 23 while the Droid Ultra is now available through Verizon Wireless for those who had preordered.