The stock Samsung Galaxy S4 home screen doesn’t help very many people use their phone efficiently. That’s why we suggest rearranging the app icons, putting the most used icons on the phone’s dock and collecting categories of apps into folders. Also, some users may want to add new screens or remove unneeded screens, also called pages. This makes finding often used and even less used apps easier and faster.

To move an app the user must master one skill needed throughout this process. Tap on an app icon and hold until it becomes movable. See the screen shot below. Then, without lifting the finger, slide the app icon, folder icon or widget to a new spot on the screen. 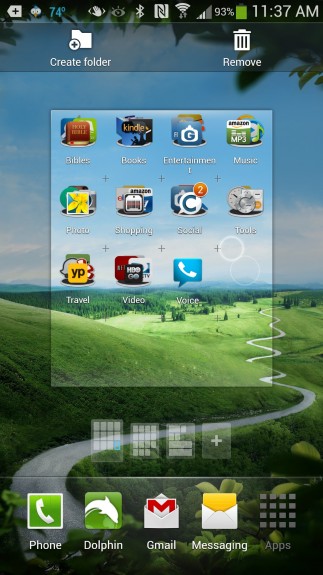 Tap and hold the app icon till the screen looks like this and then drag icon to the trash can.

Let’s start by getting rid of unwanted apps or widgets. To remove an app icon or widget, tap and hold untill the above screen appears and either move it to the Remove icon trashcan, or the Create folder icon. The remove will not uninstall the app. It just gets it off the home screen. The Create folder icon makes a new folder with the app inside.

When making a new folder using the above method, give the folder a name. The image below appears. Type a name like Entertainment, Games or Browsers. 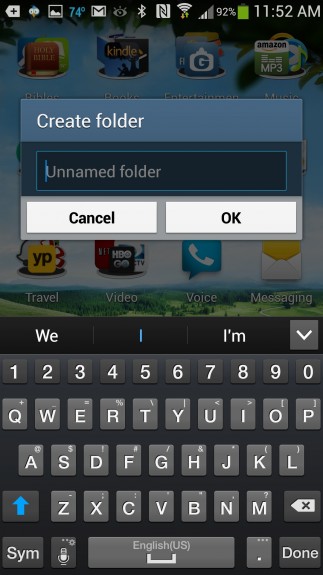 We can also create folders by moving icons from the app drawer to the home screen. Open the app drawer, the icon labelled Apps that looks like a grid of grey boxes. Tap and hold an icon till the first screen above shows up. Then drag it over another icon. This creates a folder with the two icons in it. Now repeat with all the icons wanted in the folder giving descriptive names to each. Name folders by tapping them and then tap on the title area above the icons.

The phone lets users add new folders from the phone’s menu button at the bottom of the phone left of the physical home button. Tap it and a menu pops up that includes an item for creating a new folder. There’s also an item for adding apps and widgets to the home screen and for working with pages (see more below). 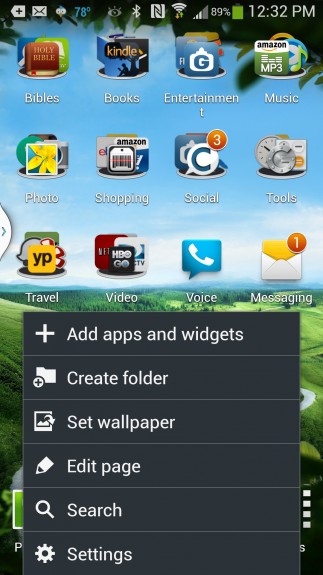 Pages represent the screens of apps, widgets or folders. Slide from side to side to move from page to page. At the bottom of the home screen notice the tiny icons between the icons and the dock. Each tiny square represents a page with the main page represented by a Home icon. Tap them to move quickly to that page. By default the Galaxy S4 gives users five pages. 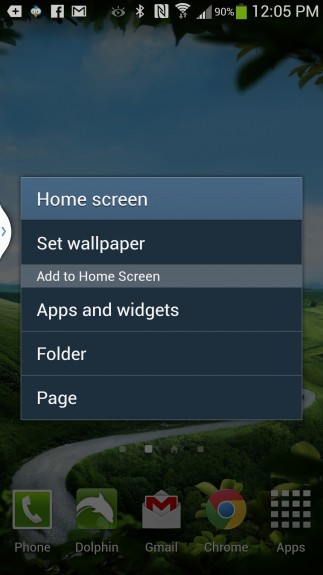 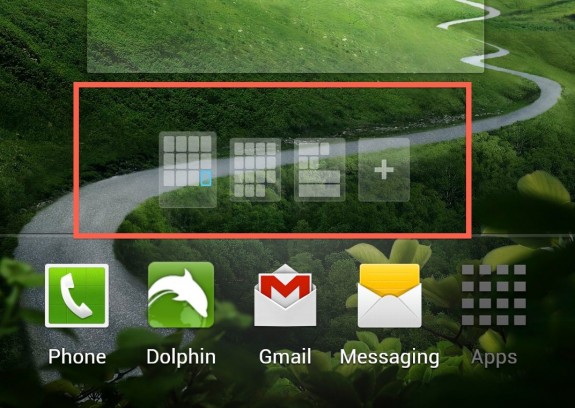 Another way to change pages comes in the Settings menu that pops up when a user taps the menu button at the bottom of the phone next to the physical home button. Tap Edit page and the screen shows a thumbnail of all the pages. Tap and drag a page to the Remove button to delete it. Tap and hold a page to make it the new home page that shows when the home button is pressed. Tap the one with the plus sign to add a new page.

Creating Folders in the App Drawer

Users can arrange apps the way they wish in the app drawer too. Open it by tapping the app drawer icon, labelled Apps. Then hit the menu button as described above. A list of actions appears including Create folder. 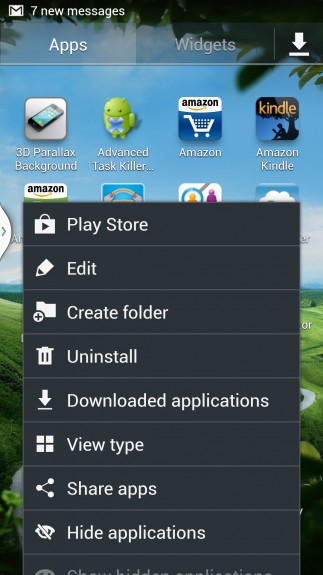