With iOS 7 Apple unveiled a new look and feel to its mobile operating system. Some, including myself, weren’t all that enamored of the new “flatter” look. Part of that is simple aesthetics and personal preference. Part of that has to do with providing appropriate clues in the user interface so that users can find what they need to do to operate an iOS device. One of those changes was to get rid of control buttons and instead provide simple text commands where those buttons normally would be.

An example of this includes the editing screen of the Mail App. Instead of buttons at the bottom of the screen you have text commands for Mark, Move, Trash. 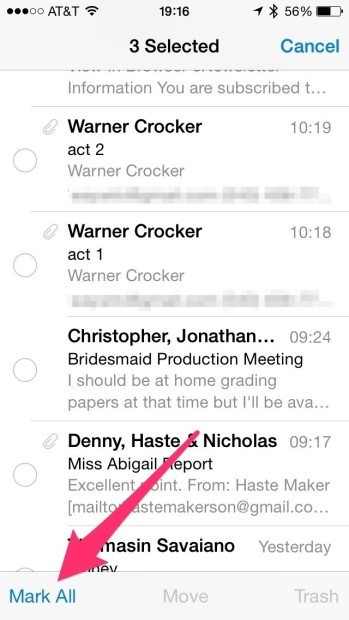 There are more egregious uses of this in other applications. For better or worse, Apple has gone all in with its new design language and I don’t think we’ll see any backtracking on the approach.

Apple this week released a long overdue major update to its operating system labeled iOS 7.1 and there are a few tweaks you can make that do offer you a few ways to go back if you’re one who doesn’t like the visual change of iOS 7. One of the tweaks you can make is to restore buttons instead of text as visual clues in some places.

To do so you need to head to the Accessibility section of settings. To get there open up Settings, then General, then tap Accessibility. 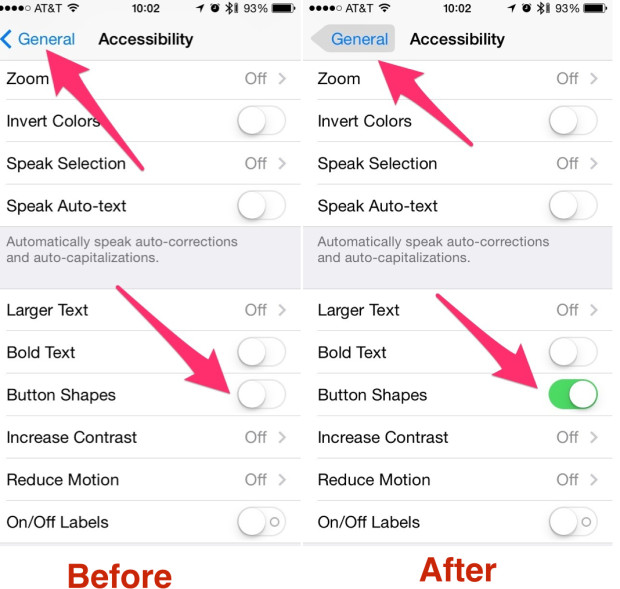 Once there, you’ll see a list of options with toggles to turn them on and off. Button Shapes is the one we’re looking for here. By default it is in the off position. Turn it on and you’ll find Button Shapes reappearing in places where you only had text before. Note that the control to go back to General now has a Button Shape around it as opposed to just text. 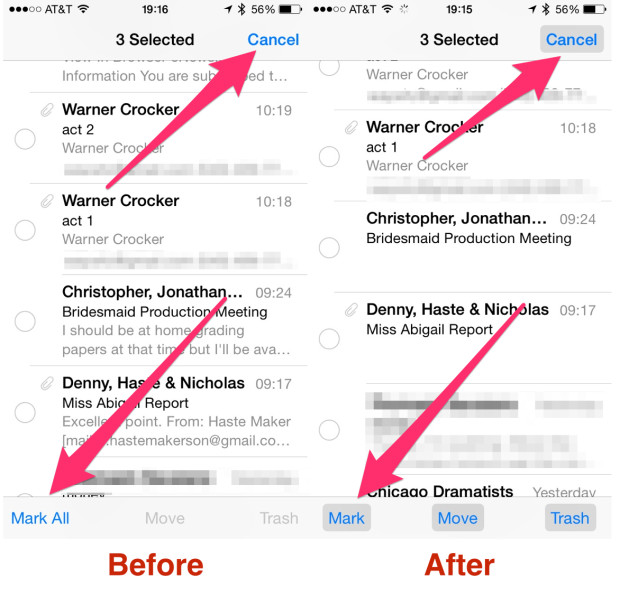 Now, you won’t find a button in every place. In some cases you’ll find an underline and in some cases the button will appear as a translucent background.

You can’t say that the Button Shape designs are pretty to look at, but that is probably Apple’s way of saying we don’t prefer this approach. If you want it, we’ve made it available, but we’re not going all out to make this pretty in the way we define pretty. But then that’s the way that most design changes work. Keep in mind that Apple added this tweak under Accessibility for those who might have a hard time reading text controls that are a feature of iOS 7.