How to Calculate and Split Tips with Siri

Figuring out how much to tip and how to split a bill between friends is a pain, but thanks to Siri it’s simple.

With the iPhone 4S, you don’t need one of the million tip calculator apps, just ask Siri.

Siri can figure out the tip on a bill, and go even further rounding the total up or down so you don’t have to do math on a full stomach.

While Siri is usually pretty good at figuring out what you want in natural language, I’ve found that you need to be very precise when asking her to help you figure out a tip or how to split a bill.

How to Calculate a Tip with Siri 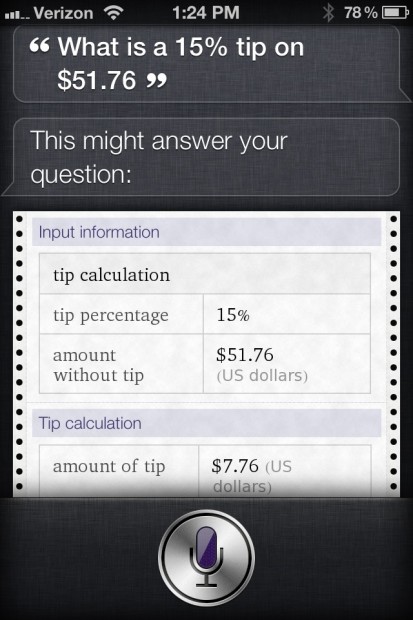 Obviously, this is where you use the tip you want to leave and the amount of your bill. Don’t get hung up on the tip amount as Siri and Wolfram Alpha will show you tips in a variety of ranges. 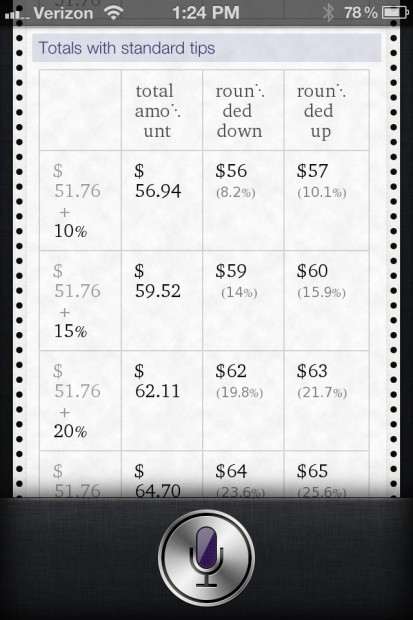 Siri will show the rounded up or rounded down amounts for a variety of common tip percentages and if you scroll down, you can even see the complete breakdown of the tip.

How to Split a Bill With Siri

The tip trick can also be used to split a bill, including the tip, between a group of friends.

Just add “for six people.”, or however many are in your party to the end of your question. 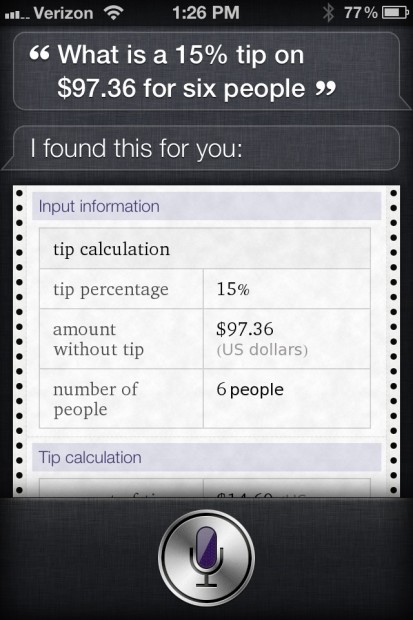 Not only will Siri calculate the tip, but it will also tell you how much of a tip each person needs to leave and the total each individual needs to leave to cover the bill. 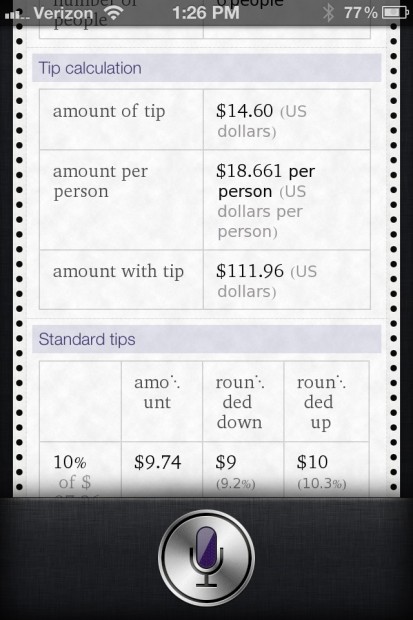 What’s your favorite way to use Siri while out for dinner?